Caring about others can help you care for yourself 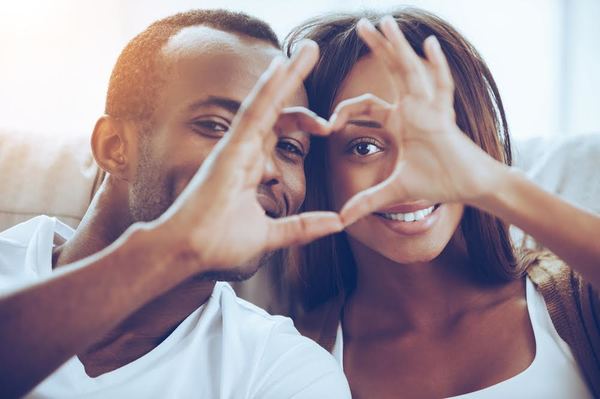 When you think about what makes you feel good about your life, what are the first qualities that come to mind?

Is it being able to look at your accomplishments and take pride in them, even if theyâ€™re not necessarily all that earth-shattering? Do you believe that achieving the quality of self-actualization should come before all other priorities in life?

The idea of what psychologists call â€œeudaimonic well-beingâ€ involves just this type of self-assessment. Thereâ€™s also a hedonistic piece to this form of well-being in which you derive pleasure from seeing yourself as meeting your own personal expectations. This good feeling translates into a sense of happiness or even elation.

In contrast to this individualistic definition, the concept from Erik Eriksonâ€™s personality development theory proposes that fulfillment ultimately comes not from achieving your own individualistic goals but from being able to feel that youâ€™ve contributed to the greater good. Erikson proposed that a key feature of adult â€œpsychosocialâ€ development is a sense of generativity, or the belief that itâ€™s important to care for others.

The traditional way to think of expressing generativity is that it requires being a parent, but parenthood doesnâ€™t guarantee this. There are parents who are not particularly generative, and people who are generative who arenâ€™t parents. People who are high on the quality of generativity have put themselves second and, in Eriksonâ€™s system, should be profoundly more fulfilled as they move through their adult years.

Testing the role of generativity in well-being

As critical as the role of generativity should be in adulthood, there are few studies on the relationship between this quality and well-being, and even fewer that study generativity over the course of adulthood. One of these studies is the Rochester Adult Longitudinal Study (RALS), a project I have been involved with throughout my own research career.

The participants in the RALS were studied from their college years through their 60s, and with the addition of new investigators to the project, will be followed up again in theirs 70s. Across the four testing occasions in the study, we obtained data from additional samples of college students, making it possible to see whether trends in the oldest group were reflected in data from the younger generations of participants as they grew older.

Most recently, our research team completed a study that addresses the question of how generativity relates to well-being across a 12-year period from 2000 to 2012 (Mitchell, Lodi-Smith, Baranski, & Whitbourne, 2021). During this period, the oldest participants were at that point in their 60s, the next-oldest in their 50s, and the youngest in their 40s. This group of 271 adults represented a subset (29 percent) of the 937 adults potentially eligible for inclusion, reflecting the challenge of following people up over prolonged periods of time in the adult years.

The key measures used in our study were as follows. See how you would rate yourself on these sample items:

Generativity: â€œI try to pass on the knowledge I have gained through my experiences.â€

Well-being (personal growth dimension): â€œI enjoy seeing how my views have changed and matured over the years.â€

As you can see, these items arenâ€™t like the traditional personality measures that ask people to rate their individual characteristics. Instead, they tap into the qualities that you would evaluate yourself on when you contemplate your ability to change and grow over time, including through providing support to others by sharing your experiences.

Becoming more generative can help foster your own well-being

To answer the specific question of how changes in generativity relate to changes in well-being over adulthood, our team devised a set of tests that produced a statistical model laying out the set of possible predictive relationships.

In each of these tests, rather than see whether peopleâ€™s average scores changed over time, we examined whether we could trace patterns based on individual growth trajectories. In other words, rather than compare people to an overall mean, we looked to see how people changed relative to themselves.

Some people did shift positions, though, which leads to some interesting questions as to why this might occur. We couldnâ€™t make fine-grained enough determinations to know what they were, but some possible causes could include becoming a parent for the first time, achieving a position at work that now involved mentoring, or perhaps deciding to work for a charitable cause. Indeed, all of these life circumstances occurred in our sample, but we simply didnâ€™t have enough data to be able to provide these answers with certainty.

Turning to the key question of how these changes in generativity related to changes in well-being, our findings did support the prediction that as people became more generative, they also continued to grow in their sense of personal fulfillment. Anyone who lost ground in the growth of generativity, in other words, also lost a few points off the well-being scale. This â€œgeneral pattern of maturation,â€ my co-authors and I concluded, suggests that â€œpersonality development occurs in a continuous fashion across adulthood and can exist across multiple psychosocial qualities.â€

How and why to work on your own generativity

Now that you can see how much your well-being can hinge on your sense of generativity, the question becomes what to do about it. Again, our study couldnâ€™t pinpoint the exact causes of the generativity changes we saw, but Eriksonâ€™s theory can provide some ideas.

Letâ€™s look again at what it means to be generative. The term itself shares its roots with â€œgeneration.â€ When you are highly generative, you care for the next generation and this is where the notion of expressing generativity through parenting or mentorship comes into play. However, if you think about yourself and the care you might show toward others, are they always younger than you? Couldnâ€™t you express your desire to care for people of your own generation? What about caring for people older than you, or people who may someday in the future benefit from your efforts?

Looking at generativity in a way that transcends â€œgenerationsâ€ but instead involves caring, shows that putting other people before yourself counters the idea that well-being can only come from that eudaimonic feeling of achieving your own personal goals. Indeed, Erikson defined the opposite of generativity as what he called â€œstagnation.â€ In his model, people who stagnate become more and more self-focused. Concretely, rather than give to a charitable cause, for example, they spend money on endlessly redecorating their houses, going on expensive vacations, and investing in the kind of beauty treatments that they believe will allow them to appear youthful.

To sum up, it may seem counterintuitive that the best way to feel good is not to think about how good you feel at the moment. However, based on the work of our study, your pathway to fulfillment may just lie in this very different type of pursuit.