How Many Calories Are in a Boiled Egg? Experts Explain 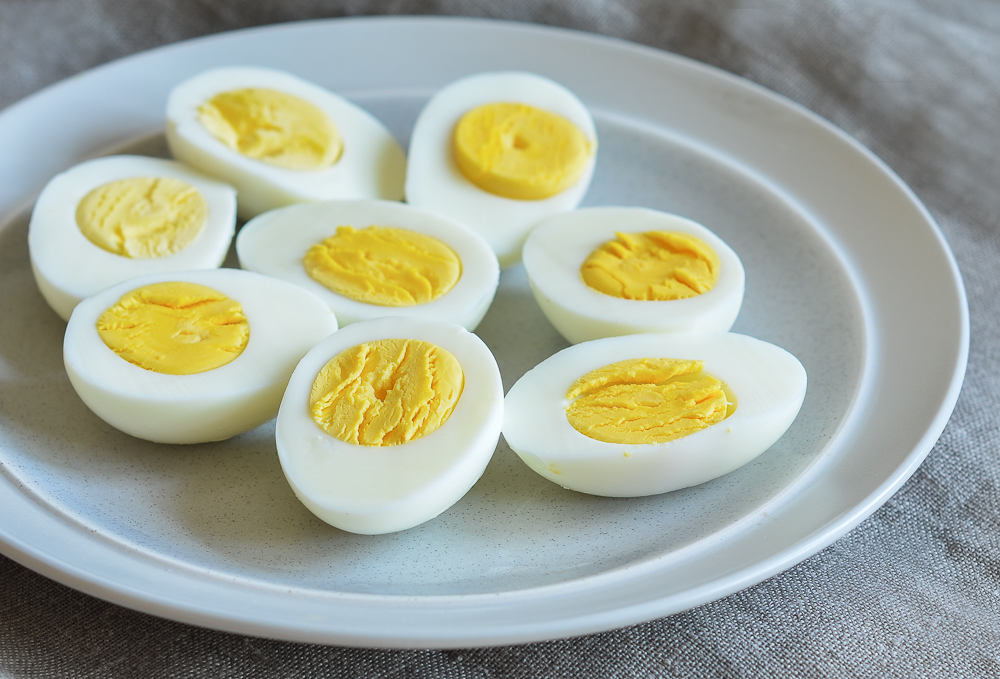 Eggs are generally known to be good source of protein to the human system, notwithstanding the controversy surrounding them.

The divergent opinions of people on the consumption of hard-boiled eggs, is what usually bring up the frequently asked question: how many calories are in a boiled egg?

Reason for the question is not far-fetched, because as knowledge is increasing, the generality of people are becoming more conscious about their health, in order to avert a health emergency, thus they tend to make inquiries for themselves.

Experts from the Harvard School of Public Health reviewed some publications on the topic, and their findings showed that up to one egg per day is not associated with increased heart disease risk in healthy individuals.

They explained that eggs were previously associated with heart disease risk as a result of their high cholesterol content. However, a solid body of research shows that for most people, cholesterol in food has a smaller effect on blood levels of total cholesterol and harmful LDL cholesterol than does the mix of fats in the diet.

Calories in a hard-boiled egg

Contrary to the widespread misconception and fears on the consumption of hard boiled egg, several studies have found that a boiled egg is low in calories and don’t gain any extra calories from frying or added ingredients such as cheese. Categorically, it was stated that one large hard-boiled egg contains 78 calories; however, the calories content of an egg varies with the size of the egg.

Little wonder nutritionists usually advise those monitoring their daily calories intake to go for a small egg, instead of a jumbo size egg, because the smaller the size of the egg, the smaller the calories content. As a general guideline, you will gain about 10 additional calories every time the size of the egg increases from small to medium, large, extra large and jumbo. A small egg has 54 calories and the jumbo-sized egg jumps to 90 calories. 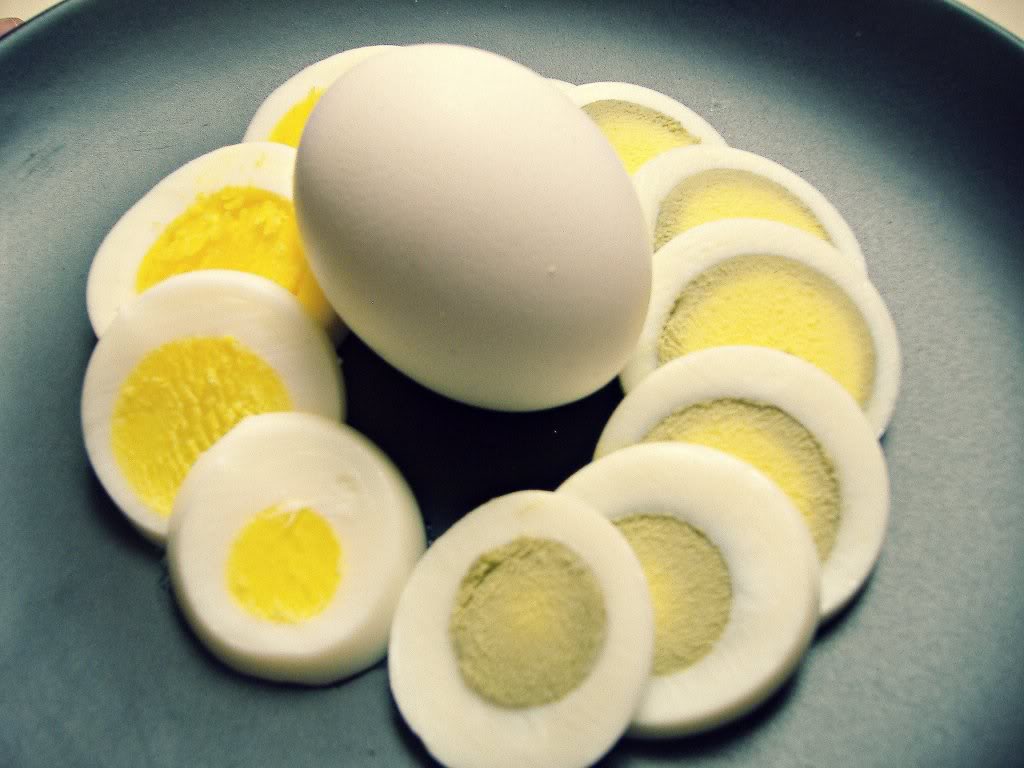 A 2008 report from the Physicians’ Health Study supported the idea that eating an egg a day is generally safe for the heart, it however suggested that going much beyond that could increase the risk for heart failure later in life.

The physicians also cautioned on the addendum to the egg, calling people to the need to check whatever they use in accompanying their egg intake.”You also need to pay attention to the “trimmings” that come with your eggs. To your cardiovascular system, scrambled eggs, salsa, and a 100% whole-wheat English muffin is a far different meal than scrambled eggs with cheese, sausages, home fries, and white toast”.

For people with cardiovascular diseases or diabetes, who have difficulty controlling their total and LDL cholesterol, they are being advised to be cautious about eating egg yolks and instead choose foods made with egg whites. In studies including the Nurses’ Health Study and Health Professionals Follow-up Study, heart disease risk was increased among men and women with diabetes who ate one or more eggs a day. While this group of patients may not totally rule out egg yolk consumption, the experts view is for them to stick to two to three yolks per week.

Aside the several debates on the calories content of a boil egg, the nutritional profile and health benefits of an egg far outweigh the criticism against it. Eggs are an incredibly well-rounded food and contain a wealth of healthy nutrients. Different studies have validated the following nutritional content of an egg.

Protein is essential for growth, health, and repair. It is also needed to make hormones, enzymes, and antibodies. There are 6 grams of protein in one large egg. The majority is found in the egg white. This is a lot of protein!
The recommended dietary allowance for protein is 0.8 grams of protein per kilogram of body weight.

For example, a person who weighs 140 pounds (63.5 kilograms) needs about 51 grams of protein per day. A single egg would provide nearly 12 percent of this person’s daily protein needs! You can use this handy calculator from the United States Department of Agriculture to figure out how much protein you need each day to stay healthy.

About half of the calories in an egg come from fat. One large egg has a little more than 5 grams of fat, which is concentrated in the egg yolk. About 1.6 grams is saturated fat.

Egg yolks also contain healthy omega-3 fatty acids. The exact amount of omega-3s varies depending on the specific diet of the hen that produced that egg. Omega-3 fatty acids help reduce inflammation in the body and may lower your risk of chronic diseases like heart disease, cancer, and arthritis. They are highly concentrated in the brain and have been shown to be important for brain performance (cognition) and memory.

Some hens are fed a diet supplemented with omega-3 fatty acids. Look for eggs labeled omega-3 or DHA (a type of omega-3) in the grocery store.

You may have heard that egg yolks have a lot of cholesterol. The average large egg contains 186 milligrams of cholesterol. It is a common misconception that eggs are “bad for you” because of the cholesterol content. Not all cholesterol is bad. Cholesterol actually serves several vital functions in the body. Most people can eat an egg or two every day without having a problem with their cholesterol levels.

If your cholesterol is already high or you have diabetes, you can still eat eggs in moderation (four to six per week) without any problems, as long as you don’t consistently eat other foods high in saturated fat, trans fat, or cholesterol.

Eggs contain very little carbohydrate (less than 1 gram per egg), so they are not a source of sugar or fibre.
Vitamins

Eggs are a great source of B vitamins, especially vitamins B-2 (riboflavin) and B-12.
Vitamin B-12 is used by the body to make DNA, the genetic material in all of our cells. It also keeps our body’s nerve and blood cells healthy, protects against heart disease, and prevents a type of anemia called megaloblastic anemia.

Only animal foods contain vitamin B-12 naturally, so if you are a vegetarian who doesn’t eat meat, eggs are a good way to make sure you still gets some B-12.

Eggs also contain a fair amount of vitamins A, D, and E, as well as folate, biotin, and choline. Most of the vitamins in an egg, except riboflavin, are found in the yolk.

Choline is an important vitamin for the normal functioning of all cells in your body. It assures the functions of cell membranes, especially in the brain. It’s needed in higher amounts during pregnancy and breast-feeding. An egg has roughly 147 milligrams of choline.

Eggs are also a good source of selenium, calcium, iodine, and phosphorous. Selenium, an antioxidant, is helpful to protect the body against fee radical damage that has been associated with aging, heart disease, and even some types of cancer.

The bottom-line on this widely asked question: How Many Calories Are in a Boiled Egg? Is not for people to stay away from eating eggs completely, but to limit their eggs consumption to such level that won’t harm their health in anyway, while taking advantage of the health benefits of eggs to their bodies.