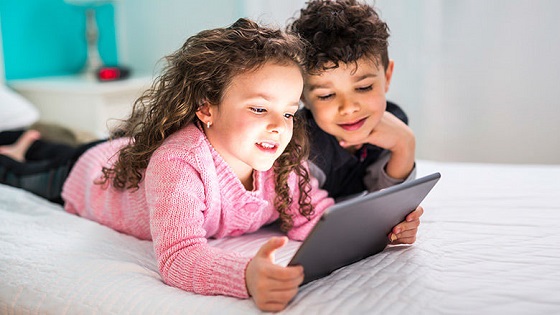 Screens are a fixture in children's lives from a young age, but giving them access to television, tablets or phones doesn't always mean it will have a negative impact on their development.

Before my toddler could even talk she knew which phone belonged to me, and which belonged to her dad. They looked almost identical but she screamed if anyone except me touched my mobile. Even if she saw me pass it to someone so I could show them a picture, it would result in a spectacular meltdown.

In her world, my phone was a part of me in much the same way as my shoes or clothes were, because it was almost always by my side, and she was clearly doggedly protective of my possession.

Realising this was a sobering moment, but it reflects the reality that screens are part of our everyday lives like never before. While I try my best to minimise how much I use my phone, itâ€™s still incomparably helpful for directions, checking social media, doing the online food shop, listening to audio books and so on. As none of my daughterâ€™s grandparents live nearby, itâ€™s also a crucial way for us to stay in touch, especially given that I havenâ€™t seen my mother since 2019 due to lockdown and travel restrictions. 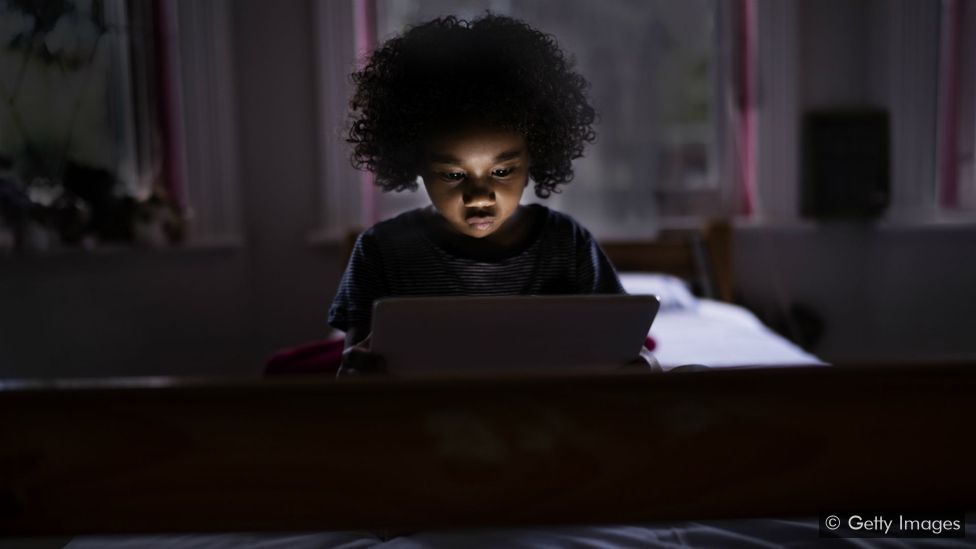 Our screens are pervasive, so itâ€™s inevitable that our children pick up on this quickly, easily and intuitively. My baby even knew â€“ almost as if by instinct â€“ that by swiping my phone, something would light up. Before he even turned one, he seemed to have picked up on this.

We know screens are extremely addictive too, they shape our childrenâ€™s minds in ways we are now slowly starting to understand. Itâ€™s not all bad, but itâ€™s far from good either, and learning how to use screens better, or knowing when to stop, will have lasting positive consequences.

How outside influences might warp our childrenâ€™s thoughts is not a new worry. Even Plato was concerned that poetry and drama might affect young minds. And similar worries appeared ever since televisions became a staple in family homes. Parents warned of square-eyed, TV-addicted, children. Itâ€™s perhaps why Roald Dahl in 1964 wrote in Charlie and the Chocolate Factory:

â€œGo throw your TV set away,

â€œAnd in its place you can install

â€œA lovely bookshelf on the wall.â€

While we know reading is beneficial for a range of cognitive abilities, at the same time, children are growing up in a world where screens are everywhere. Their screen use therefore paints a somewhat worrying picture. Estimates suggest that children aged 0 to two years engage in more than three hours of screen time per day, a figure that has doubled in the past two decades. Another study showed that for school-aged children, 49% had more than two hours screen time, and 16% had over four hours. 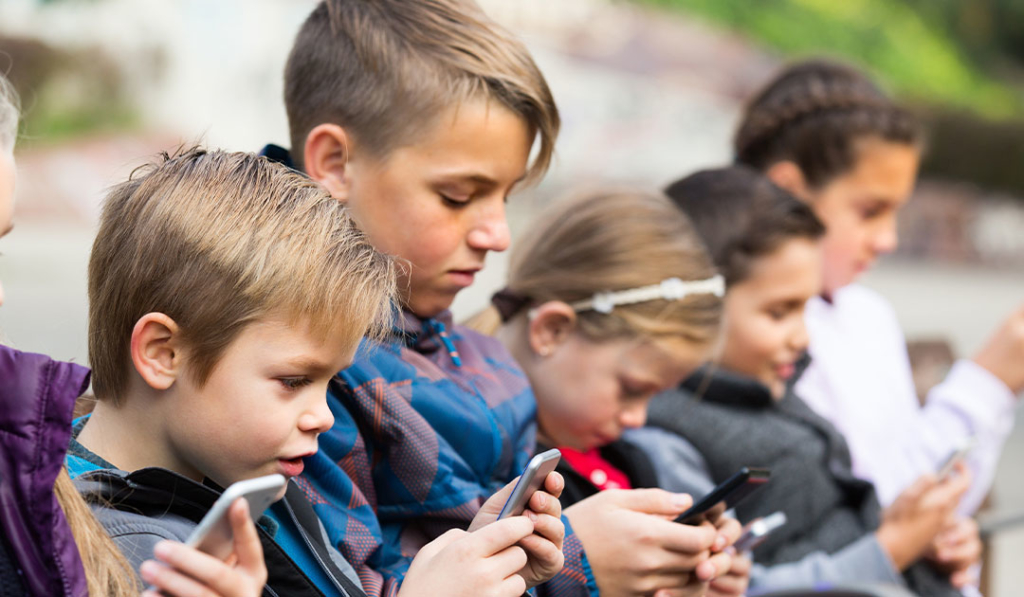 Screen time can come at the cost of reduced physical activity, increased BMI, and fewer family meals together. It is also linked to less sleep in children as well as adults. Children who have a TV in their room have been found to sleep 31 minutes less per day, for instance.

Educational TV content has been shown to help improve behaviour, literacy and cognitive skills for three to five year olds

On first glance all this seems alarming, but it turns out that not all TV is the same and watching some educational shows can actually benefit children, but only those aged two and older. Children under two donâ€™t generally benefit at all.

Fortunately, some savvy producers have introduced learning elements to TV, Sesame Street being a prime example. And educational TV content has been shown to help improve behaviour, literacy and cognitive skills for three to five year olds.

â€œIf it's educational television and it's well designed TV, it's not so bad for kids. And in fact, can very much help under-resourced children,â€ says Kathy Hirsh-Pasek of the Temple University Infant Language Laboratory in Philadelphia. â€œIf, however, it's watching the nightly news or some of the violent programs that we all have on our televisions today, it's pretty terrible for children.â€

The same is true when it comes to other media. Interactive screen time, like video calls with relatives, being read a story remotely or watching shows whilst engaging with our children in the process, can be beneficial precisely because of this interactive nature.

The problem is, thatâ€™s largely not how children use screens, and for good reasons. Parents have been facing unique stresses in 2020, with work and home life boundaries blurring in unprecedented ways. Children often consume media passively, and that is what can be detrimental. One study showed that children can learn a new word better in person or over an interactive video call, compared to watching the same word said passively on a screen.

Young infantsâ€™ brains are still rapidly developing, and interaction with parents or caregivers remains crucial for how they learn. Too much screen time and it could interfere with how they experience our three-dimensional world. Fifteenâ€monthâ€olds can learn new words from tablets but then have difficulty applying this knowledge to real life.

Research has shown links between television use and reduced creative imagination. In line with that, a recent study, has shown that screen time use for school aged children decreases childrenâ€™s â€œmental imagery skillsâ€.

Mental imagery refers to how we use our mind to imagine people, places or events in the world. Itâ€™s a universal human trait that allows us to create mental representation of real-world events without having to actually be there. It is how we can read something and imagine ourselves at the scene. â€œWhen I perform an action, the neural structure gets created in my brain, that enables me to reform that action internally without having done the action,â€ says study author Sebastian Suggate, an expert in language development at the University of Regensburg in Germany.

Screens present information to our eyes and ears without engaging our other senses, like touch, taste or balance

The research followed 266 children aged between three and nine, testing them on a mental imagery task twice over 10 months. Children were asked questions like: â€œWhat is shinier, a trumpet or a violin? What is pointier, a nail or a pin?â€

These prompts helped the children tap into their mental imagery, as understanding that a round stone is smoother than say, a pin, is learnt from experience rather than explicit teaching. To answer this question quickly, it requires comparing â€œmental imagesâ€ of these objects.

The team found that all forms of screen time, both passive â€“ like television â€“ as well as more interactive â€“ such as gaming â€“ were linked with lower mental imagery development over the course of the year of the study.

Close your eyes and picture the last time you were in a swimming pool. Itâ€™s easy to imagine how that water felt against your body, how it smelt and how slippery the floor was. These sensations only come about from past experiences. If we only watched someone swim on a screen, we couldnâ€™t so vividly recall it.

This is because a screen does the work for us. Screens present information to our eyes and ears without engaging our other senses, like touch, taste or balance.

â€œIn these first 10 years and also adolescence we know that sensory information is still being fine-tuned. This is the time to develop your sensory abilities,â€ says Suggate.

So how can parents make sense of this all, given that screens are an ever-increasing part of our lives?

The good news is, itâ€™s very easy for parents to help children tap into their mental imagery skills while, at the same time, reducing their reliance on screens. All we need to do is let them play, especially as mental imagery is the foundation of creative play, says Suggate. The more children take part in pretend play, the better they will be at engaging their imaginations. This is important because alongside the rise in screen time, children are spending less time outdoors than ever before.

â€œOf course, we all live in the modern age and screens are basically unavoidable,â€ says Suggate. â€œItâ€™s not about judging or saying to parents what you are doing is not good enough, thatâ€™s not the intention, but perhaps maybe to trust the instinct of the child to seek out and allow them to engage in these rich, real-world experiences.â€

For many parents, this might not be that easy. Itâ€™s therefore important to understand that â€œscreen timeâ€ encompasses many different things. Phones, tablets, TV and gaming all fall under the same blanket label of screen time. Tablets have been around for little over a decade but they are already changing how the classroom and remote learning operates.

Thatâ€™s why the right kind of well-designed, interactive screen use can actually benefit children, precisely because â€œit's adaptive and interactive, whereas most screen time is sit and listen, building couch potatoesâ€, Hirsh-Pasek says. (Learn more about why engagement is so important when it comes to screen time.) 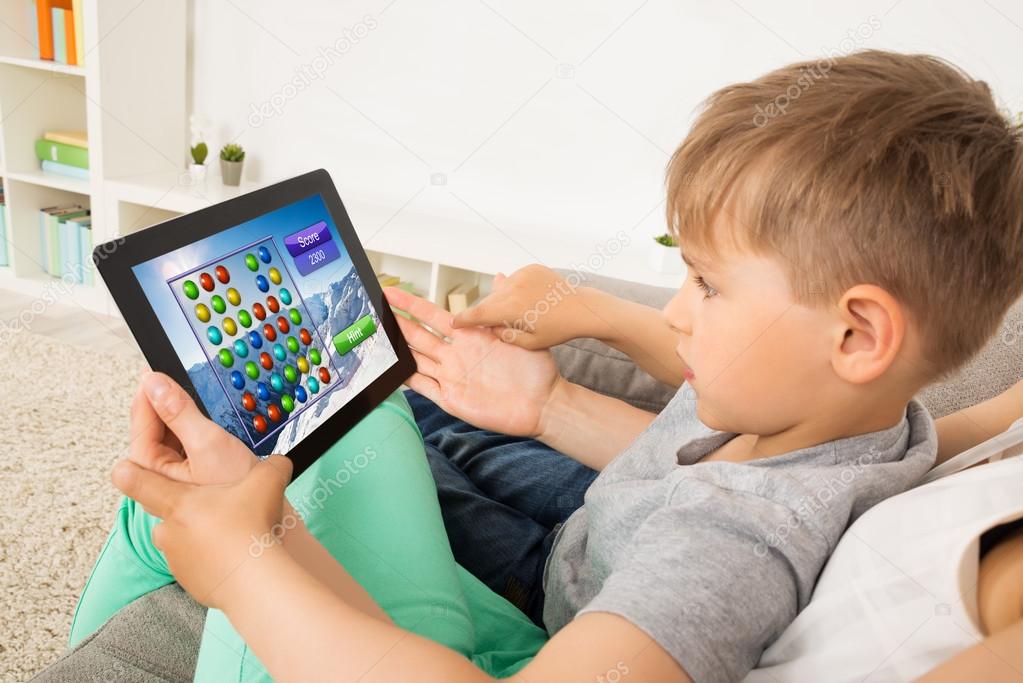 For instance, during lockdown, Hirsh-Pasek and colleagues studied how pre-schoolers responded to virtual storytelling. Similar to their previous work for word learning, the team found that the children could benefit from virtual stories told over video calls and understood this as much as when read in person. They were more responsive when it was a live over video, rather than a pre-recorded version of the same story on video.

This shows that if screens can tap into the back-and-forth interactive elements that we know are key for learning, they can actually be useful. And while the live video was better than the pre-recorded video, four-year-old children could still learn from the recorded version, they just didnâ€™t show as much engagement with it.

Even so, itâ€™s worth understanding that too much of it, even in an educational setting, could impact our childrenâ€™s ability to imagine the real world.