I sensed something wrong, so I read my girlfriendâ€™s messages; itâ€™s much worse 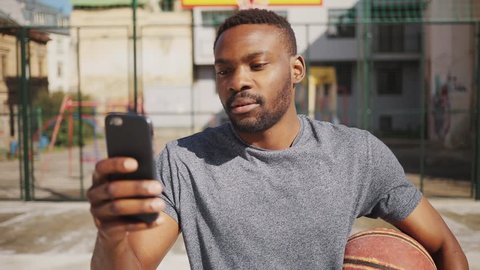 I read my girlfriend’s messages
Shares

How to Do It is Slateâ€™s sex advice column.

Dear How to Do It,

Iâ€™m a 41-year-old man who met my partner (35-year-old woman) just two months before the pandemic, and we immediately connected on all levels from the start. Everything from activities to life goals to our sex life just seemed to click in spectacular fashion. I had been a couple years out of a divorce, and she had been a few years out of an abusive, all-consuming relationship, and we were both ready for something steady again. So we resolved to make it exclusive mere days before everything shut down. It felt serendipitous, and also weirdly at odds with the outside world: As everything was crumbling, we were discovering new ways to be excited about each other every day. It felt lucky to find joy in the middle of so much sadness. Our communication remained open and honest throughout: We were comfortable talking about everything from why our past relationships dissolved to what we wanted in bed to handling stress or needs for space.

Our sex life throughout was vigorous by my standardsâ€”several times a week, with both parties usually orgasming, sometimes multiple times per session. It was maybe a little vanilla by some folksâ€™ standards, but that was mostly because we were too eager to rip each otherâ€™s clothes off to mess with extra layers. We leaned into the animal desire we had for each other, joking sometimes together that â€œour love language was fucking.â€ We moved in together midway through the pandemic and started talking about a future, maybe getting hitched, kids, the works.

Of course, in a story like this, thereâ€™s always a â€œbut,â€ so hereâ€™s mine: She maintains relationships with many of her exes, including the ones who were abusive. One of them is a rich narcissist who still sends her expensive gifts; she canâ€™t seem to cut him out, even though he let her take the fall for a mutual domestic altercation that sent her (wrongfully) to jail. Another ex-turned-friend pressured her for sex on a vacation they went on together as friends shortly after we got together, but before we became exclusive; I supported her from afar in fending him off with late-night texts encouraging her to stand her ground.

She told me she cut that ex off, but after we became exclusive, she left her phone at home and open and I noticed that she hadnâ€™t in fact cut him off, and that this ex was also encouraging her to get rid of me and get back with him (though she professed no interest at all to me). Itâ€™s important to note that I didnâ€™t root around for these textsâ€”I was in the process of returning the phone to her and they were staring me in the face. We had an argument about it, and eventually she confided in me that she has issues with attention from men when sheâ€™s in a relationship, and that she has very few girlfriends. She feels she needs to keep these exes around because theyâ€™re the only friends she has. Though sheâ€™s grown close to my friends and family, in some way they â€œdonâ€™t countâ€ because if I leave her, they will cease to be her friends, or something. Itâ€™s been an on-and-off issue, and the only real point of friction in our relationship. But things have gone so well otherwise that Iâ€™ve been content to let it fade into the background, even though I know these former-lover friends are bouncing around in her phone, if not in real life, given the pandemic.

Fast forward to now: For the last few weeks, something had felt off between us. So following our usual convention of open conversation, I tried on several occasions to figure out what was wrong, to no avail. She blamed it on flare-ups with anxiety and depression, which she struggles with and I do my best to support her with. I tried to mention that it felt like I was more into her than she was into me, but she pooh-poohed that notion.

With not much to go on and her not wanting to level, this time I did the no-no and snooped when she left her phone open. I donâ€™t feel good about violating that boundary, and I know what your feelings are on this, but I felt like there was enough smoke that there must be fire, and sure enough I found a conversation with yet another ex where she said exactly â€œheâ€™s definitely more into me than I am into himâ€ and how sheâ€™s not as attracted to me as her exes. She mentioned that this relationship is â€œhealthyâ€ and â€œstable,â€ but without the thrill of attraction sheâ€™s used to. She expressed a desire to want settle down with me, because she was trying to be honest about how much time she had left, but remained â€œfreaked outâ€ about committing to a relationship when she wasnâ€™t really into the sexual part of it.

I know: I did it to myself. But that doesnâ€™t make it any less devastating, or contrary to what I believed we both were sharing and building on. I suppose itâ€™s possible she wasnâ€™t telling him the whole truthâ€”but then I feel the only explanation is that she was lying or embellishing to communicate sexual availability to this ex.

I am now utterly lost. I had planned on building a future with this incredible woman, but a huge part of that was what I believed was a shared passion that could endure the test of time. Itâ€™s how I feel inside. I donâ€™t know if I should apologize for snooping but confront her to get at the truth of these feelings, blindside her by just breaking up, or hope that what I feel between us is the truth and just let this sink below the waves so I can focus on what we have in the physical world. Please help.

Iâ€™m not going to ride you about looking at your girlfriendâ€™s phone the second time. You shouldnâ€™t have, you know you shouldnâ€™t have, and youâ€™re not defending yourself for doing it. Youâ€™re also doing a lot of justification of her behavior.

I think the experience of the COVID-19 pandemic placed a lot of pressure on newâ€”and existingâ€”relationships. The stress, the restrictions on who we could share air with, and the fear and trauma all added up to us being not quite ourselves. Now that things are opening back up, weâ€™re either reverting to form or coming out the other side different than we were when this started. Iâ€™m not sure which is happening for your girlfriend, but she certainly isnâ€™t contributing to a healthy relationship.

If you arenâ€™t ready to give up, by all means, go ahead and let this sink below the waves. At the end of the day, itâ€™s your choice whether to stay or go. The thing about choppy waters, though, is that objects we thought lost to the depths have a way of resurfacing later. Youâ€™ve tried to have conversations about your feelings and insecurity within the relationship, and they havenâ€™t been satisfactory. It seems unlikely that her behavior will change, but your feelings are your feelings.

If you decide you want to end this, you can break it off with her gentlyâ€” â€œthis isnâ€™t working out.â€ But sheâ€™s probably going to be surprised, upset, and possibly hurt. She may be using you for stability and comfort while she gets her desires for attention, expensive gifts, and whatever else she gets out of these interactions met. She may genuinely love you and be struggling with sex that isnâ€™t what sheâ€™s used toâ€”toxic relationships tend to make for great sexual energy.

You would do well to articulate what you want out of a relationship somewhereâ€”maybe to a trusted friend, maybe on paperâ€”and compare it with your current situation to help you decide. Good luck and let us know how it goes.