â€˜My partner lasts only a few minutes in bed. Any advice?â€™ 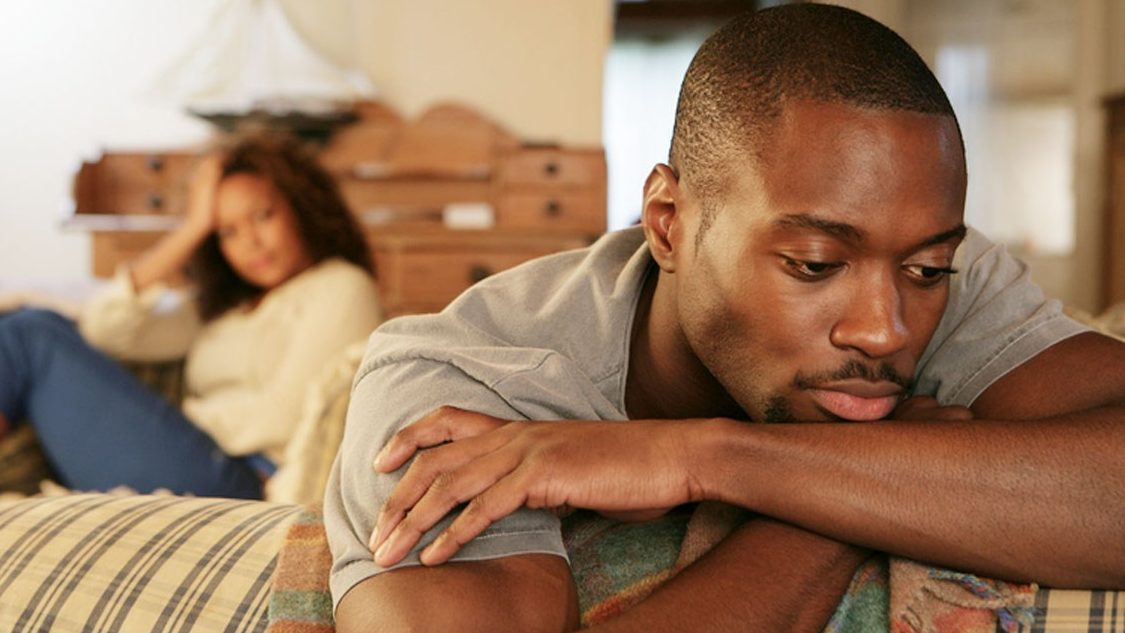 My partner lasts only a few minutes in bed
Shares

Iâ€™m a 31-year-old woman, and Iâ€™ve just started a new relationship with a man. Weâ€™ve been together two months and have been having sex for a month. I really like him, but Iâ€™m a bit worried he suffers from premature ejaculation. Heâ€™s generous in bed when it comes to paying me attention and performing oral sex, but he really does not last long â€“ a few minutes at most. I donâ€™t know how to bring it up or how to deal with this problem. Any advice?

Advice by Roe McDermott (A writer and scholar with an MA in sexuality studies from San Francisco State University.)

I do have advice, although it may not be the type you were hoping for, because Iâ€™m not convinced your partner has a problem.

Youâ€™ve only been having sex for a month so are still in that novel, crazily charged and excited stage of your attraction to each other, which can affect performance. Many men (and people with penises: trans women and nonbinary people can have penises, too, although Iâ€™ll refer to men here, as your partner is man) finish quickly the first few times they have sex with a new person â€“ understandably! Sex with a new person is exciting and nerve-racking and a host of other feelings and sensations that might make them orgasm quickly.

Often, when youâ€™ve been with someone a while and you both become more comfortable and familiar with each otherâ€™s bodies and your own sexual responses, sex can last longer. But â€œlongerâ€ is a relative term, and Iâ€™m wondering what your definition of that is â€“ and what your definition of â€œpremature ejaculationâ€ is, to boot.

Premature ejaculation is a difficult thing to diagnose, and itâ€™s a term Iâ€™m wary of, because itâ€™s hugely subjective. Diagnoses are largely based on the man himself feeling unhappy with how quickly he ejaculates, but this itself is based on the assumption that thereâ€™s an ideal amount of time a man should last before ejaculating â€“ and many men overestimate how long other men last.

Let me ask you two questions: what are you valuing here, and what would you like to extend?

The reality is that during penetrative sex, on average, most men last between three and eight minutes before ejaculating. This means both that the average time a man lasts varies significantly while still being considered average, and that most men arenâ€™t putting in an hour-long performance (and shouldnâ€™t be expected to.) So when you say your partner finishes within â€œa few minutesâ€, that sounds about right.

Apart from these misconceptions around the length of times a man â€œshouldâ€ last, thereâ€™s another reason Iâ€™m wary of your describing your partnerâ€™s problem as â€œpremature ejaculationâ€. The diagnosis should be based on the individualâ€™s dissatisfaction with their performance and the impact it has on their life. But he hasnâ€™t said heâ€™s dissatisfied; you have. What youâ€™re doing is slapping him with a diagnosis based on your standards, expectations and enjoyment â€“ not his. Itâ€™s akin to seeing someone be quiet and low key and deciding they have depression because you prefer to be more sociable, even though they could be perfectly happy.

And those standards and expectations of yours? They seem limited. You say yourself that your new man is generous when it comes to oral sex and foreplay, which is fantastic. Yet you believe thereâ€™s a problem because you think your man finishes during penetrative sex too quickly. Maybe the problem isnâ€™t your partner but how youâ€™re choosing to prioritise a very limited aspect of your sex life.

Letâ€™s examine your use of the term â€œpremature ejaculationâ€ and your complaint that your man finishes too quickly, and let me ask you two questions: what are you valuing here, and what would you like to extend?

By giving you oral and putting effort into foreplay as well as having penetrative sex, your man values giving and receiving pleasure in a variety of ways, and is actually extending your sexual encounters and pleasure through these activities. Are you including this time in your account of how long he lasts, or problematising your sex life based on the amount of time penetrative sex lasts?

If the latter, youâ€™re assuming that extending the penetrative portion of sex is the most important thing, and the ultimate goal. Is this because you actually enjoy penetrative sex over everything else, or have you just internalised the idea that it should be the most important, and longest-lasting portion, of sex?

Tell him to let you know if heâ€™s getting close to ejaculating, so that you can take a break. Get him to use his hands, tongue or a sex toy on you for a few minutes

You may well enjoy being penetrated above anything else, and thatâ€™s fine â€“ and completely manageable. During penetrative sex, tell him to let you know if heâ€™s getting close to ejaculating, so that you can take a break. This doesnâ€™t mean all penetration has to stop; get him to use his hands, tongue or a sex toy on you for a few minutes, until he feels ready to have penetrative sex again.

You can also ask him if there are certain positions that are less sensitive for him, or would he be comfortable trying some thicker condoms, which might lessen his sensitivity, so you can have penetrative sex for longer.

But do be aware of what youâ€™re valuing and prioritising, and what youâ€™re asking. Because the reality could be that you actually have a great sex life with this person, but by imposing arbitrary standards youâ€™re not realising it. And it would be an all-too-unfortunate irony if your relationship were to finish too quickly because of that.

Roe McDermott is a writer and Fulbright scholar with an MA in sexuality studies from San Francisco State University. Sheâ€™s currently undertaking a PhD in gendered and sexual citizenship at the Open University and Oxford.