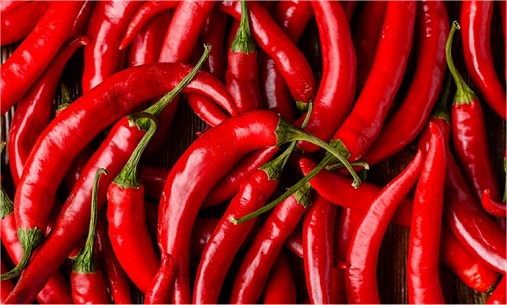 Chilli eaters may have a â€œsignificantly reduced risk of dying from cardiovascular disease or cancerâ€, according to preliminary research which will be presented this week at the American Heart Association's Scientific Sessions 2020.

While previous research has found consuming chillies has an anti-inflammatory, antioxidant, anticancer and blood-glucose regulating effect due to capsaicin â€“ which gives chilli its characteristic hot taste, the study is the first large scale effort to compare reported consumption of chilli with disease mortality.

In order to assess the effects of chilli pepper on longevity, researchers screened 4,729 studies from five leading global health databases, these were: Ovid, Cochrane, Medline, Embase and Scopus.

This provided the research team with the health and dietary records of more than 570,000 individuals in the United States, Italy, China and Iran, which allowed them to compare the outcomes of those who consumed chillis to those who rarely or never ate them.

Compared to those who â€œrarelyâ€ or â€œneverâ€ ate chillis, the analysis found people who did eat them had:

â€œWe were surprised to find that in these previously published studies, regular consumption of chilli pepper was associated with an overall risk-reduction of all-cause, cardiovascular disease and cancer mortality,â€ said senior author Bo Xu, a cardiologist at the Cleveland Clinicâ€™s Heart, Vascular & Thoracic Institute in Cleveland, Ohio.

â€œIt highlights that dietary factors may play an important role in overall health,â€ he said.

But Dr Xu warned: "The exact reasons and mechanisms that might explain our findings, though, are currently unknown.â€

â€œTherefore, it is impossible to conclusively say that eating more chilli pepper can prolong life and reduce deaths, especially from cardiovascular factors or cancer.

Dr Xu also cautioned that there are several limitations to this type of study. The four studies reviewed included limited specific health data on individuals or other factors that may have influenced the findings.

The research team said they are continuing to analyse their data and aim to publish a full paper in due course.