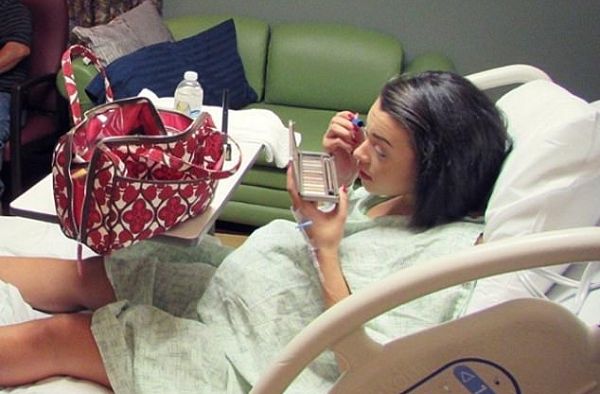 There are some occasions in life where looking good is the last thing on your mind, and you might think that giving birth would be one of them - but not for these ultra-glamorous mothers.

Research has found that 68 per cent of British women put on make-up the day they gave birth, thanks to the pressure of looking good for the birth announcement in a social media post just three hours after the baby is born.

Two-thirds of mothers-to-be, aged 18 to 31, will also invest in beauty treatments ahead of the big day, with half getting manicures or pedicures, and a third opting for spray tans and blow drys.

And it seems as if post-birth beautifying is a global trend if these Instagram snaps, shared by new mothers from around the world, are anything to go by. 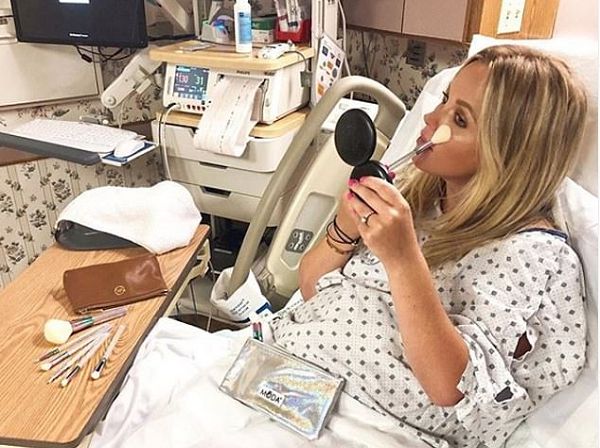 Some shared photos of themselves perfecting their contouring in between contractions, while others went for the full glam squad treatment as soon as their new arrival was safely delivered.

In 2016, makeup artist from New York Alaha Karimi made headlines after she shared three pictures of herself getting ready for labour and applying her foundation.

She later revealed she did he makeup to distract herself from the contractions:

Karimi, who does makeup for brides-to-be joked that if the makeup she did could survive a wedding day full of tears and laughter, it could definitely withstand labour.

On Instagram, a makeup artist called Tegan Woodford, from Mermaid Beach on Queensland's Gold Coast revealed that she did a makeover for her sister-in-law during labour to help her deal with the stress. 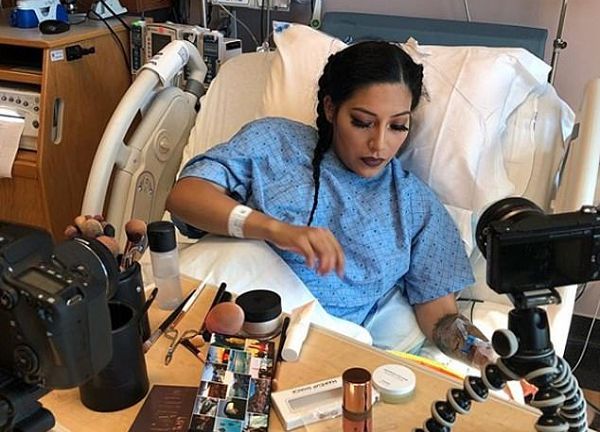 'I got a phone call from my sis-in-law at 2am saying she had her first contraction,' she added, explaining that she had jumped on the next plane to Adelaide. 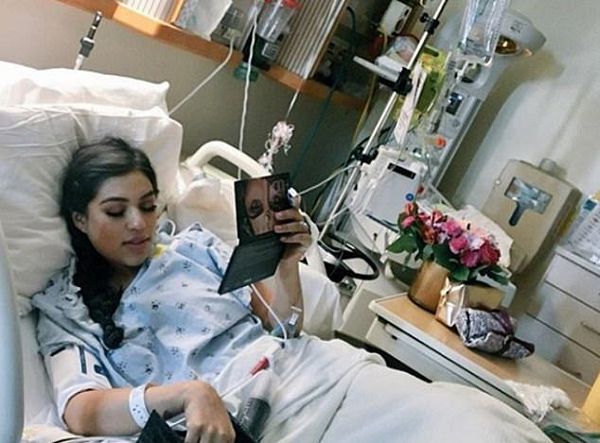 When Tegan arrived, her sister-in-law's contractions had slowed down, so she was able to focus on having her face done.

'Half way through doing her makeup she was so relaxed that her contractions sped up to every few minutes, and we then had to race to the hospital,' Tegan recalled. 'She was seven centimetres dilated. 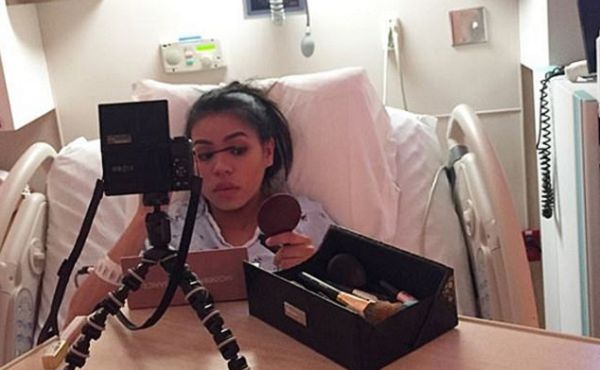 'I think I’m onto something here. Getting your makeup done whilst in labour relaxes you, speeds up the process and you look good.'