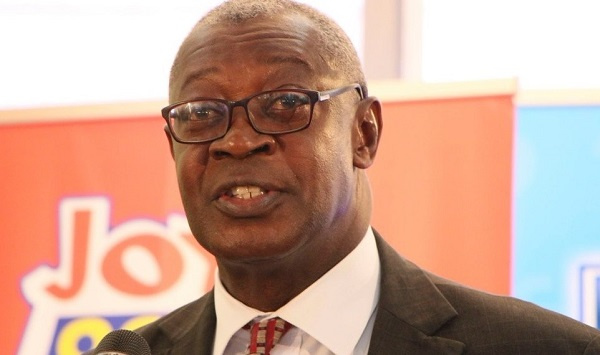 A Cellular Pathologist and Wellness Consultant, Professor Agyeman Badu Akosua, has said propaganda by big US firms is taking a toll on healthy eating by Ghanaians and other Africans.

Citing the use of cooking oil as an example, the scientist revealed that when the big industry in the United States felt that they could not compete with the African market for natural oils from coconut and palm nut, they produced and started marketing seed oil, an industrial oil.

â€œThey began with maize, and they had â€˜maize oilâ€™, but this is a creation from the industry and not natural. You don't boil maize and get top on oil. But when boiling palm, you get oil, when you grate coconut, you find the oil coming down, that is natural," he said.

He further stated that once the Americans got into industrial oils, they started propaganda against tropical oils.

He said the big industrial firms told Ghanaians and other Africans that tropical oils are bad.

â€œWe all believed them easily. As it stands now, it is very hard to get coconut oil, but these oils are the best. Â Palm oil, coconut oil, palm kernel oil, shea butter are fantastic, it can be eaten freely because they are natural and they are what forms the cell membrane,â€ he stressed.

Professor Agyeman explained that the human cell membranes are impermeable.

â€œWhen you eat essential oils like vegetable oils and they tell us â€˜Omega 3, Omega 6â€™, na lie. If you go deep into the literature, all those things are not true. Their prime responsibility is to their industries and not your health," he further said.

He also said vegetable oils cause our cholesterol levels to go up and hence not ideal for cooking.

He warned that those who consume corn oil and sunflower oil should know that their cholesterol levels will be going up.