The 10 amazing features coming to the next iPhone 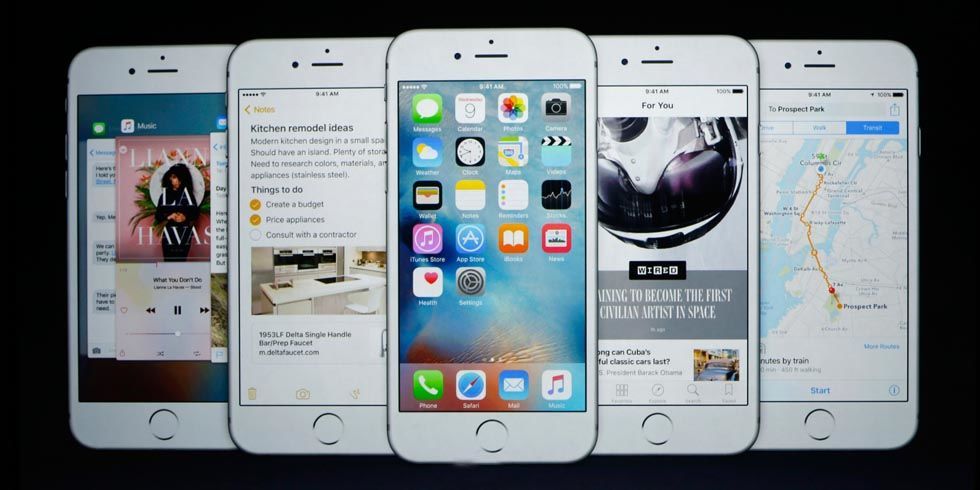 Some people think waiting for Apple to unveil updates for their newest iPhone designs is like the night before Christmas — except instead of trying to hunt for presents in their parents' closets, they spend hours searching for the latest rumors on the Internet.

The experts in our Consumer Electronics Lab at the Good Housekeeping Institute understand this — which is why we asked them to weigh in on all the latest speculations.

Remember when the white phone came out and everyone had to have it? Well, a deep navy blue might be the newest color option. "Since the last phone upgrade wasn't such a drastic departure from previous iterations, it wouldn't be surprising if the aesthetics of the phone change more than last time," says Rachel Rothman, Chief Technologist at the Good Housekeeping Institute.

The Smart Connector is a three-pin connection, which was first introduced on the iPad Pro last September and touted as a way to easily connect and charge accessories like keyboards, according to Rothman. "If this is added, it'll offer an additional way to connect things to your phone," she says.

Even though original rumors claimed the phone would be even slimmer than before, the latest leak shows a 7.3mm iPhone Plus — versus the 6s and 5s Plus, which are 6.9mm and 7.1mm. But Rothman says this depends on the final configuration: "Removing things like the headphone jack would, in theory, provide more space for hardware, allowing for a thinner phone."

Since Apple is so tight-lipped, Rothmans says a good way to guess what they'll be releasing in advance is taking a look at the patents they've filed. The good news? "They recently filed a patent for a new lens system that makes a dual-lens camera a definite viability," she says, which would greatly improve the quality of photos.

Part of the reason people expect this technology update is because Apple's competitors, like Samsung and Sony, already have it. But Rothman says it it might not be too difficult, especially if the headphone port is removed: "Many phones today already have this capability with built-in nano-coatings."

Since there are other phones that are already capable of doing this, like the Samsung Galaxy S6, Rothman says this rumor is likely to be true. "They also already have other products capable of such, like the the Apple Watch built-in inductive charging capabilities," she says.

Instead, the new design, according to DigiTimes, will only have a fingerprint sensor. From a technical standpoint, Rothman says this is absolutely possible. But why is it an improvement? "It would allow the front to be completely flush," she explains. Fingers crossed that means less surface scratches!

If you're not familiar with Apple's current chip, it's an A9 — and it's the most powerful one you can currently buy on the market. Rothman says the A10 rumors seem to be the prevailing consensus — which is a definitely good, according to Rothman: "It will be faster and better."

At least, according to historical releases from Apple, this is when Rothman predicts the new model will hit the market. Until then, we'll try (key word being try) to patiently wait.