There has never been, and there will never be, a “rapture” of Christians 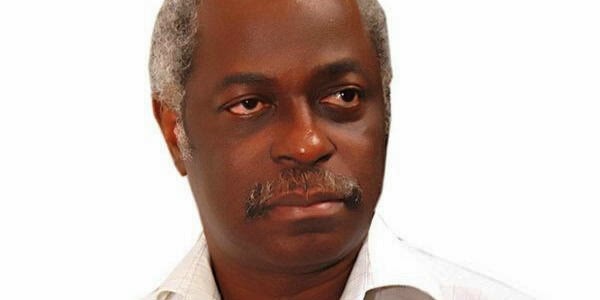 There has never been, and there will never be, a “rapture” of Christians.

Moses tells us how to identify a false prophet.  He says: “You may be asking yourselves, ‘How can we tell if a prophet’s message really comes from the LORD?’ You will know, because if the LORD says something will happen, it will happen. And if it doesn’t, you will know that the prophet was falsely claiming to speak for the LORD.” (Deuteronomy 18:21-22).

So how is this for a prophecy?  Paul said: “The Lord himself will descend from heaven with a shout, with the voice of an archangel, and with the trumpet of God.  And the dead in Christ will rise first.  Then we who are alive and remain shall be caught up together with them in the clouds to meet the Lord in the air. And thus we shall always be with the Lord.” (1 Thessalonians 4:16-17).

Without a doubt, this is a false prophecy.  Paul did not expect to die.  Instead, he expected to be carried away like Elijah by the Lord Jesus.  Therefore, he included himself with those ostensibly to be “caught up” to heaven.  But alas, nobody was “caught up.”  He said to the Philippians: “The Lord is at hand.” (Philippians 4:5).  This is also a false prophecy.  “At hand” demotes immediacy.  However, the Lord who was supposedly “at hand” 2000 years ago has yet to come.

Jesus warns us about this kind of false prophecy.  He says: “Take heed that you are not led astray; for many will come in my name, saying, ‘I am he!’ and, ‘The time is at hand!’ Do not go after them.” (Luke 21:8).  This says quite simply people like Paul who say “the Lord is at hand” should not be believed.

Paul said furthermore: “We shall not all sleep, but we shall all be changed.” (1 Corinthians 15:51).  This also turned out to be a big gaffe.  Everyone to whom he addressed this has slept the sleep of death, including Paul himself.  Paul was so convinced of the imminence of his prophecy that he counselled Christians: “From now on even those who have wives should be as though they had none.” (1 Corinthians 7:29).  Clearly, he believed Jesus would come in his lifetime to take Christians away to heaven.  But this turned out to be a pipe-dream.

In effect, Paul is no different from the false prophets of today who predict the world is coming to an end on a particular day and nothing happens.  Sometimes, they even convince some people to sell off their property in readiness, only for them to discover at the appointed time it was a ruse.

When Paul’s prophecy of 1 Thessalonians failed to materialise, the following was written in 2 Thessalonians in the bid to explain its delay: “Concerning the coming of our Lord Jesus Christ and our being gathered to him, we ask you, brothers, not to become easily unsettled or alarmed by some prophecy, report or letter supposed to have come from us, saying that the day of the Lord has already come.  Don’t let anyone deceive you in any way, for that day will not come until the rebellion occurs and the man of lawlessness is revealed, the man doomed to destruction.” (2 Thessalonians 2:1-3).  This is a lame excuse.  The fact is there has been no carrying away of Christians in over 2000 years.

Instead of admitting Paul’s blunder, Paulinists have fabricated a bogus doctrine to support it.  This unscriptural doctrine called “the Rapture” was coined by Margaret Macdonald and John Darby in 1830.  This was then popularised by the Scofield Bible.  It says the Lord is coming “very soon” to carry Christians away to heaven; leaving unbelievers behind to face tribulation on earth.

However, Jesus does not exclude his followers from tribulation.  Instead, he tells them: “In the world you will have tribulation. But take heart; I have overcome the world.” (John 16:33).  In fact, Jesus’ desire is that believers should remain in the world.  He says to God: “I do not ask that you take them out of the world, but that you keep them from the evil one.”(John 17:15).  For this reason, there has never been, and there will never be, a “rapture” of Christians.

Revelation says believers are destined to “reign on the earth.” (Revelation 5:10).  Jesus says: “Blessed are the meek, for they shall inherit the earth.” (Matthew 5:5).  Why then would believers be “raptured” out of the earth?

In Jesus’ doctrine, it is the wicked that are “raptured” (taken away) while the righteous are “left behind;” the exact opposite of Paul’s bogus prophecy.  Jesus says: “As in the days before the flood, they were eating and drinking, marrying and giving in marriage, until the day that Noah entered the ark, and did not know until the flood came and took them all away, so also will the coming of the Son of Man be.  Then two men will be in the field: one will be taken and the other left.” (Matthew 24:38-41).

It was the wicked that were “taken away” by the flood, while righteous Noah and his family were “left behind.”  Jesus then predicted that Noah’s pattern would apply to the Jews within forty years: “This generation will by no means pass away till all these things take place.”(Matthew 24:34).

So who was “left behind” in A.D. 70 when, according to Jesus’ prophecy, “the flood” came by way of the Roman army to Jerusalem? Over one million unbeliever-Jews were taken away and slaughtered.  However, Jesus’ disciples all escaped unscathed to Pella.  They were left behind.

Jesus says: “The Son of Man will send out his angels, and they will gather out of his kingdom all things that offend, and those who practice lawlessness, and will cast them into the furnace of fire.” (Matthew 13:41-42).  Again, unbelievers were the ones “raptured” by the Romans in A.D. 70 and burnt in the furnace of fire outside Jerusalem in Gehenna.

Jesus also says: “The kingdom of heaven is like a dragnet that was cast into the sea and gathered some of every kind, which, when it was full, they drew to shore; and they sat down and gathered the good into vessels, but threw the bad away.” (Matthew 13:47-48).  Note that the bad were thrown away or “raptured.”

Rapture of the wicked

That means the righteous will never be “raptured.”  Neither will they live forever with the Lord in the air as Paul claims.  Where, oh where, does Paul get his doctrines from?  He just fabricates them out of thin air, confident the uninformed would be none the wiser.