Tips on how to have a safe shower sex 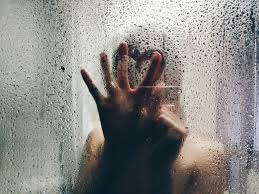 Tips on how to have a safe shower sex
Shares

Shower sex is the type of intercourse that happens in the shower. If you’ve watched many Hollywood movies, you should know of steamy shower sex scenes.

When it comes to shower sex, the only thing that’s slippery when wet is the shower floor. This makes for a potentially neck-breaking liaison that isn’t nearly as sexy as it is in the movies. In fact, anyone who’s had shower sex in real life will probably tell you it’s actually the worst.

That said, shower sex has the potential to be the stuff of movies with the right moves. It’s a fun way to steam things up — literally — and it can be a nice break from the bedroom.

Here are a few shower sex tips you can use.

Seriously. It’s hard to be hot when you’re freezing cold and you can bet your damp bottom that at least one of you will be. A showerhead can only cover so much ground, so turning up the heat beforehand will help.

A non-slip bath mat is a must if you’re planning to get sudsy and sexy at the same time. These grippy mats adhere to the bottom of your tub or shower and can be pulled up for cleaning when you’re done getting dirty.

Lathering up your lover may be the epitome of romance in the movies, but soap, shampoo, and especially conditioner can make the shower floor extra slick. If you’re going to lather up together, rinse well to get rid of any slimy residue. Also, soap is slippery, but it’s not lube, so don’t go there.

Bath toys aren’t just for kids — at least not the kind we’re talking about. You have some pretty impressive options when it comes to waterproof sex toys like vibrating loofahs, waterproof vibrators, and butt plugs.

Penetration isn’t the holy grail of shower sex and doesn’t need to be your focus or end game. The shower lends itself well to other kinds of play, including oral sex and exploring each other’s erogenous zones.

Few things to consider and precautions of shower sex

Sorry to cut your fun short, shower sex can be precarious — and we’re not just talking about falls. Along with a non-slip mat and making sure you hold the wall, handle, or other sturdy surfaces for support, there are a few other things you should keep in mind.

Shower sex isn’t everyone’s bag. Unless both parties consent and are totally into it, then you’ll need to find another way to spice things up that you’re both comfortable with. Communicate with your partner about what feels good and what doesn’t.

Things get slippery outside the shower, too

Be careful when getting out of the shower or tub. Wet floors, floor mats, and bodies tangled in the throes of passion making their way to the bedroom make tripping a serious possibility. Walk, don’t run.

Sorry to put a damper on your fun, but damp nether regions are a breeding ground for bacteria and fungi. Be sure to dry off well after shower sex to avoid a yeast infection.

The baseline is, Amazing shower sex is possible with some communication, care, and a little know-how.

Remember: Sex doesn’t look the same for everyone and intercourse in a shower is hard — no pun intended. There are plenty of other things that can make for a pleasurable shower session.