What is Christmas: Understanding the history and origin 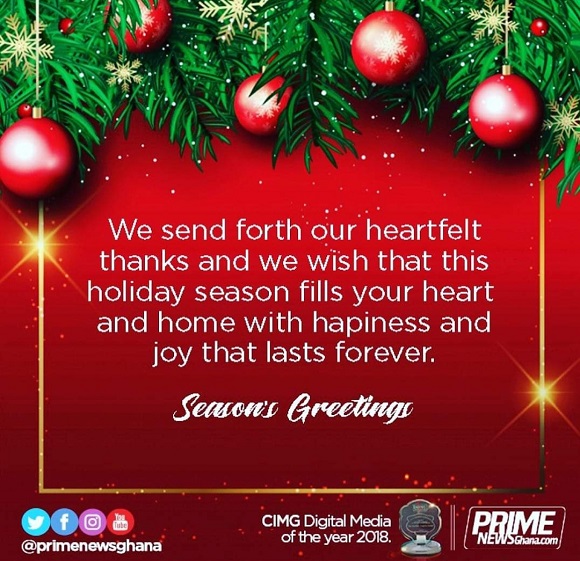 Christmas is so full of wonder, meaning and tradition. But, where did all these things that we now call "Christmas" come from? Let's briefly sketch the origin and development of what we now celebrate as Christ's birth.

Below we will look at the origins of Christmas, holiday traditions (and their Christian significance!), favorite Christmas carols, Scripture about the nativity story and birth of Jesus, and history you might not know:

What is Christmas and When Did it Start

Christmas is the annual Christian festival celebrating Christ's birth, held on December 25 in the Western Church. The traditional date of December 25 goes back as far as A.D. 273. Two pagan festivals honoring the sun were also celebrated on that day and it is possible that December 25 was chosen to counteract the influence of paganism. To this day some people feel uncomfortable with Christmas because they think it is somehow tainted by the pagan festivals held on that day. But Christians have long believed that the gospel not only transcends culture, it also transforms it. In A.D. 320 one theologian answered this criticism by noting, â€œWe hold this day holy, not like the pagans because of the birth of the sun, but because of him who made it.

The Dates of Christmas

Why do we celebrate on December 25th?

There are two specific theories for why we use the date of December 25th for Christmas.

First, people and religions of the day celebrated some sort of holiday around that time. From Jewish Chanukah to Pagan Winter Solstice to Germanic Yule to Roman Dies Natalis Solis Invicti (Birth of the Unconquered Sun); the sheer number of celebration days with trees, decorations, yule logs, mistletoe and feasts seem to point to a season of celebration to which Christians added the birth of Jesus as a counter-cultural event and possibly even an escape from the pagan holidays for early believers.

December 25th was the Saturnalia Festival of emancipation, gift giving and the triumph of light after the longest night. The Christian sees the truth implicit in this pagan tradition that reflects: Christ the Light of the world, His triumph over the night of sin in Luke 1:78-79:

"...Because of the tender mercy of our God, by which the rising sun will come to us from heaven 79 to shine on those living in darkness and in the shadow of death, to guide our feet into the path of peace.”

The second theory centers around the date “accepted” by the Western Church of March 25 as the Annunciation or Immaculate Conception of Jesus in Mary’s womb. December 25 is 9 months later and thus celebrated as the birthday of Jesus. Regardless of the possible reasons for the date, the church calendar was set in the West during Constantine’s reign while the Eastern Church held onto the date of January 6 for some time.

The Origin of Christmas Eve

For centuries, Christmas was celebrated not as a single day, but as a whole season in parts of the world, beginning with this day, December 24, Christmas Eve. Perhaps the practice of celebrating the evening before the big day is an echo from ancient Jewish reckoning. Among earlier Jews, a day began at six in the evening and ran until six the following evening. Had not Moses written: "An evening and a morning were the first day"?

Christmas means "Christ-mass." Although the date is a guess, the tradition of observing it goes back to at least the fourth century. Under the influence of the church, Christian traditions replaced pagan solstice festivals throughout Europe. Often the more innocent pagan practices (such as bringing in a Yule log, decorating with holly and the like) were carried over into the Christmas observance, transfigured with new meaning.

The Christian Meaning Behind Ancient Traditions

Evergreen Trees were the symbol of eternal life. Martin Luther introduced them to the Reformation Church as a picture of our endless life in Christ, by bringing in a tree to his family on Christmas Eve lit with candles (Isaiah 60:13).

Candles are a picture that Christ is the Light of the world (John 8).

Red is a color of Christmas that speaks of Christ's blood and death.

Gifts are a reminder of the gifts of the Magi to baby Jesus. Each of them speak to a component of His incarnation: Majesty in life, Bitterest Agony in Death and He as God's Perfect gift to us (Matthew 2).

The Yule Log was a symbol by which all the men in the family would carry a log large enough to burn for 12 days into the house. They were identifying with Christ and His Cross. The fire was started with a fragment from the previous years [this refers to the eternal existence of Christ before His birth] log. It speaks of warmth, unity, joy and the security of endless life.

Mistletoe was an ancient symbol from the Roman times. It was under mistletoe that old enmities and broken friendship were restored. So Christ was the One who took away the enmity and gave us peace with God (Romans 5:1; Romans 8:1).

Bells are associated with ringing out news. Christ is the good news, the best news of all.

Modern Traditions
In 1822, Clement Moore wrote a poem for children that has never been forgotten. It was entitled, "Twas the Night before Christmas..."!

Santa Claus is a Dutch word that is actually Sinter Claus, Saint Nicholas, in English.

Saint Nicholas was the supposed early Bishop of a church in Asia Minor [the modern country of Turkey]. He became aware of some desperate needs in his congregation, and a family having to sell their children into slavery, so one night he came and left money on their doorstep. It was gold in a stocking.

Christmas Cards started in 1844. An English artist named William Dobson, drew up some pictures in England for use at this season. They found local use there and soon spread to America. In 1846 Cole and Horsley saw the commercial potential of this growing tradition and started the production of what is now over a $1,000,000,000.00 industry, that sees 4 billion cards sent each year in America alone.

The Origin of the Christmas Tree

Among the many accounts claiming to explain the origin of the Christmas tree, the three most popular are from Germany — making it the likeliest place of origin. The stories span from the 8th to the 16th century. All three have some element of historical fact, and they may even loosely connect from one to another.

1. The first story is about St. Boniface. In the 8th century, he was a missionary to some of the remotest tribes of Germany. He is probably best known for what is called the “Felling of Thor’s Oak.” It is said that upon entering a town in northern Hesse (Hessia), Boniface learned that the people worshiped the god Thor who they believed resided in a great oak tree among them. Boniface determined that if he wanted to earn an audience with the people, he would have to confront Thor. He announced before the people that he was going to cut down the oak, and he openly challenged Thor to strike him down. Miraculously, as Boniface began to chop the oak, a mighty wind blew and hurled the tree to the ground. Tradition holds that a fir tree was growing in the roots of the oak, and Boniface claimed the tree as a symbol of Christ. Needless to say, the people readily accepted Boniface’s message, and the tree eventually came to be associated with the birth of Christ and a celebration of the day when the mighty God (who could hurl a gigantic oak to the ground) chose to humbly enter the world as a babe.

2. Another possible source of the Christmas tree (and probably the most likely) comes from medieval religious plays in Germany. Among the most popular of these plays was the “Paradise” play. It started with the creation of man, acted out the first sin, and showed Adam and Eve being expelled from Paradise (the Garden of Eden). It closed with the promise of a coming Savior, which made the play a particular favorite during the Christmas season. In the play, the Garden of Eden was most often represented by a fir tree hung with apples and surrounded by candles.

3. A third tradition about the origin of the Christmas tree attributes it to Martin Luther, an influential leader of the Reformation. Some say that on Christmas Eve, Luther was walking through the woods near his home. He was struck by the beauty of how the snow shimmered in the moonlight on the branches of the trees. In an effort to re-create the magnificent sight for his family, he cut down the tree, placed it in his home, and decorated it with candles.

6 Ways to Make Christmas about Jesus

“Noel” derives from the Latin verb “nasci,” to be born, and eventually trickled down into the French reference to the Christmas holiday. Defined, it literally means, “a Christmas carol” (Merriam Webster). The very world “Noel” is synonymous with Christmas.

It’s quite possible that the tune of this song has been played since the 1200s. Davies Gilbert added the lyrics in the 1800s, and it was published in 1823. The song retells the story from Luke 2 of the angels telling the shepherds in the field of the Savior being born, and the wise men following that same star to bring Him gifts.

Historically an Advent song, “O Come, O Come, Emmanuel” exudes the angst of a people waiting for their Savior. With references to the Rod of Jesse and the Key of David, it envelopes the Old Testament prophecies of Jesus Christ, which brings the New Testament into an even brighter light.

"Joy to the World"

Isaac Watts penned the lyrics to “Joy to the World,” but God Himself ordained the Scripture that is referenced throughout its stanzas. Psalm 98, Psalm 96:11-12 and Genesis 3:17-18 are all embraced in the beautiful truth of what Christmas is really about. Since 1719, we’ve had a melody to weave around the embrace of these promises. They are timeless and without boundary.

“And so, let the heavens resound in gladness! Let joy be the earth’s rhythm as the sea and all its creatures roar. Let the fields grow in triumph, a grand jubilee for all that live there. Let all the trees of the forest dig in and reach high with songs of joy before the Eternal” (Psalm 96:11-12).

“Joy to the World” is a repetition of God’s promises; ones that we need to repeat to ourselves far beyond the Christmas season. The very definition of the word, “joy,” is “a source or cause of delight” (Merriam-Webster). “He reigns with truth and grace.” He is righteous, He has come, and sits at the right hand of the Father with authority.