Why she killed her babies â€“ Understanding postpartum depression, psychosis 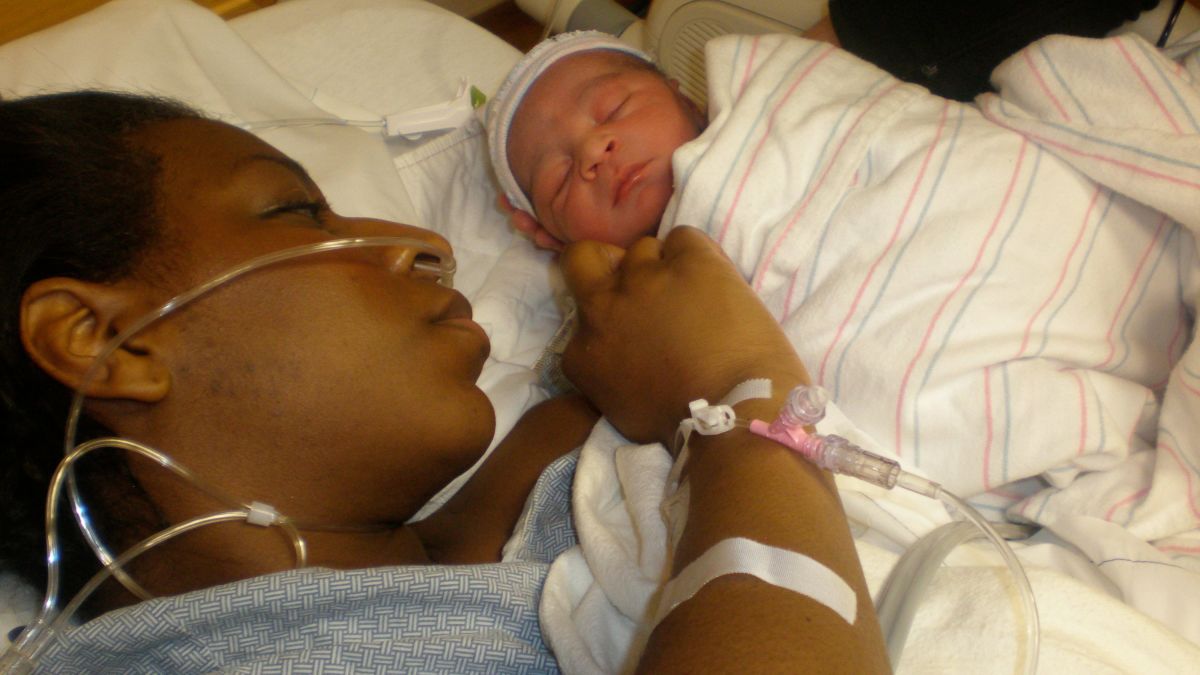 How can a mother do this to her own child? What wickedness! What a hard criminal! How unfeeling! If you are from an African culture, there may be whispers of witchcraft and demonic influences.

This article explains the psychological disorder of postpartum depression and psychosis, and how these might lead a mother to commit filicide or filial infanticide - the deliberate act of a parent killing their own child.

The average person understands depression. This is a state of being what is characterized by sad or low moods, insomnia (lack of sleep), loss of appetite, irritability, fatigue, loss of interest or pleasure and feelings of guilt/worthlessness. As part of the behavioral symptoms of depression, there could be hypersomnia (too much sleep), overeating, loss of concentration and suicidal thoughts.

The causes of depression could be biological, psychological, and social or environmental. A biological cause includes genetics or hereditary influences. It also includes imbalances in neurotransmitters in the brain.

Neurotransmitters are chemical messengers responsible for the functioning of the brain and other operations such as breathing, sleep, heart rate, appetite, mood, fear, etc. Two particular neurotransmitters that impact our mood and which cause depression are called serotonin and norepinephrine. When these neurotransmitters do not function as they should, it can lead to depression.

Psychological causes of depression can be related, for example, to distortions (lies) in our thinking. When our interpretation of events, ourselves or others usually fall within negative patterns, this can lead to depression. When an individual feels worthless, hopeless and miserable about themselves or personal situations, these thoughts naturally lead one to becoming sad. This can then lead them to have the other behavioral symptoms of depression that have been addressed.

Our environment or social setting can cause depression. Social issues such as unemployment, financial hardships, lack of good social supports (friends, family, etc.), divorce, death of significant others, and unstable family relationships can cause depression. If one is facing a threat of homelessness or lives in an environment of high conflict relationships, these are social issues that can lead to sad moods, suicidal ideations and other symptoms of depression.

Sometimes, when people experience depression, they experience mania too. Mania, or more specifically, manic episodes, are characterized by persistent feelings of elevated or irritable moods, grandiosity or inflated self-esteem, racing thoughts and excessive involvement in risky behavior. For individuals who experience manic episodes, they feel this â€˜highâ€™ consistently for at least a week.

Depression is not uncommon among new mothers. The bodily changes, sleep deprivation, fatigue, new routines centered on the newborn and related stresses can lead to mood changes which is sometimes called the baby blues.

The mild symptoms that accompany the baby blues usually starts within the first couple of days after delivery, peaks around the first week and diminishes by the second week postpartum (Smith, 2019).The mild symptoms that are experienced during this two week period may include mood swings, tearfulness, and feeling overwhelmed and emotionally fragile. Postpartum depression begins when the symptoms of depression persist beyond the first few weeks post-delivery, and at a more devastating level.

The Diagnostic Statistical Manual of Mental Disorders- Fifth Edition, (which is known as the â€˜bibleâ€™ of mental health disorders) technically classifies postpartum depression as â€˜Major Depressive Disorder with Perinatal Onsetâ€™. Here, mothers experience the depressive symptoms not only after the delivery but prior to the delivery as well.

The causes of this type of depression are not unlike those for depression explained above with risk factors being associated with stay-at-home mothers and unwanted pregnancies. When a woman has experienced postpartum depression, she is at greater risk of experiencing depressive symptoms again in consequent pregnancies.

If a mother has auditory hallucinations, she could hear voices telling her that her child is evil and wants to harm her and her household.

Delusions are beliefs or ideologies which are not true or based in reality. For a mother experiencing delusions, she may believe that her child inhabits the soul of a beast that wants to swallow her up. For anyone, even a mother, who experiences these hallucinations and delusions on a consist basis for weeks or months, who day in and day out is supposed to interact and even take care of her â€˜demonâ€™ child with â€˜evil intentionsâ€™ and who in addition experiences manic episodes or fatigue, sleeplessness, sad moods, loss of appetite and problems with concentrations, it is not difficult to imagine that the inevitable happens and she eventually kills her child. For the mother who has postpartum psychosis, she almost has â€˜no choiceâ€™ than to murder her child or children.

At that point, she has very little physical, emotional or psychological resources to help her behave in any other manner that may be considered â€˜saneâ€™ or â€˜motherlyâ€™.

When the stories are released and we hear of the mothers who have killed their children, the lament and horror responses usually include judgments about what should happen to the mother.

Public judgments can include anything from lifetime imprisonment to a death sentence. For the mother who suffers from postpartum psychosis, an integral intervention or â€˜judgmentâ€™ lies in the prescription of psychological treatments, including medication to address symptoms.

Some preventative interventions can include early detection and treatment. It is also important for mothers who have a personal or family history of depression, bipolar and/or psychotic disorders to be mindful about their well-being during and after pregnancy and seek early intervention before they get to the potential â€˜inevitableâ€™.