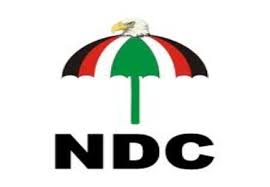 The Functional Executive Committee of the National Democratic Congress(NDC) with the approval of the Council of Elders has established a 13-member committee to investigate the cause(s) of the party’s abysmal loss to the NPP in the 2016 General Election and recommend the way forward.

The committee is chaired by Former Minister of Finance and Chairman of the National Development Planning Commission(NDPC), Professor Kwesi Botchway.

The party is scheduled to address a press conference today December 29, 2016, and outdoor the members of the committee.

The committee’s terms of reference will also be announced at the news conference at the NDC headquarters in Adabraka, Accra.

The incumbent John Mahama lost the polls to Nana Akufo-Addo who becomes Ghana’s next president at the third time of asking.

The president-elect will be sworn in on January 7 after a one-month transition period.

Mr Akufo-Addo had lost previous elections in 2008 and 2012 but pulled through at the third attempt.