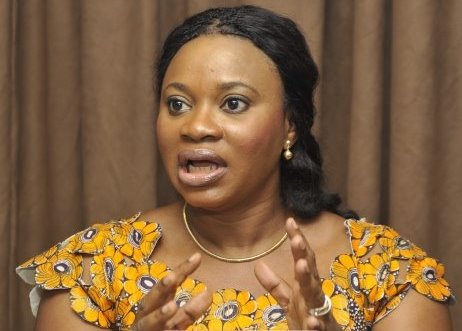 Madam Osei’s relationship with the political parties has got off to a rocky start, particularly with the NPP, whose petition for a new voters’ register to be created, was rejected by her. On Saturday, the EC announced that the 18-member Steering Committee created ahead of the polls had not been suspended despite reports on Friday indicating that it had done so after an Inter Party Advisory Committee (IPAC) meeting.

The EC’s latest announcement has not gone down well with the NPP, who have questioned its relevance and composition of members. The party had initially indicated their support for Madam Osei when she first assumed her role, where they called on her to “resolve the many challenges she is inheriting from Dr. Kwadwo Afari Gyan, her predecessor” However, according to them, the recent decisions made by the EC Chairperson shows that she is still a long way from her much-maligned predecessor.

This conclusion on Charlotte Osei comes at a time when she is yet to conduct her first major election after only overseeing two by-elections. “As for the present EC boss, she is a pale shadow of Dr. Afari Gyan; comparatively, Dr Afari Gyan was better,” Deputy General Secretary of the NPP, Nana Obiri Boahene told Citi News.

Nana Obiri Boahene said some of the EC staff have outlived their usefulness. “As the Electoral Commission of Ghana, if you consider the utterances and comments of some of the members, you will know that they have outlived their usefulness.” A frustrated Boahene said the Commission can decide to handover its entire mandate to the steering committee.

“They can decide to, as it were, hand over all functions of the EC as spelt out in the constitution to the Steering Committee. Who cares?” The General Secretary of the People’s National Convention (PNC), Atik Mohammed, in commenting on the EC’s U-turn said the Commission is needlessly complicating the issues at stake. “Having conceded that they’ve erred, it will be difficult for the Commission to say the committee should continue with its work whilst. I would like to understand what they [EC] meant by saying return to the drawing board.”