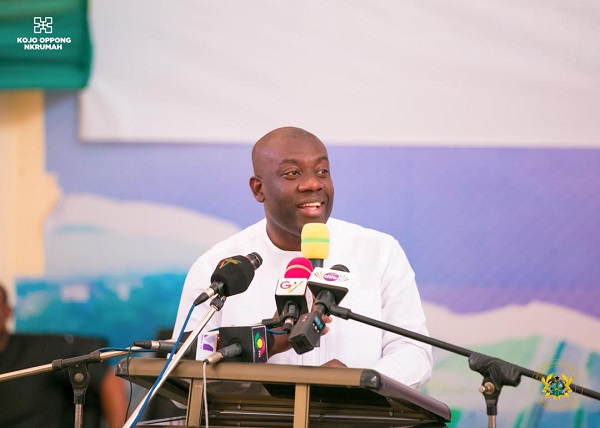 The Minister for Information Kojo Oppong Nkrumah has argued that the Akufo-Addo administration has touched more lives in 2 and half years than any other government in recent history.

Mr. Nkrumah said the achievement was as a result of government’s focus on robust social programs that deliver immediate benefits to many people.

“This Government has spent resources and time on social programs such as free SHS, Transformation of health sector, school feeding program, Nation Builders Corp among others and we believe these interventions are touching many lives” he stated. 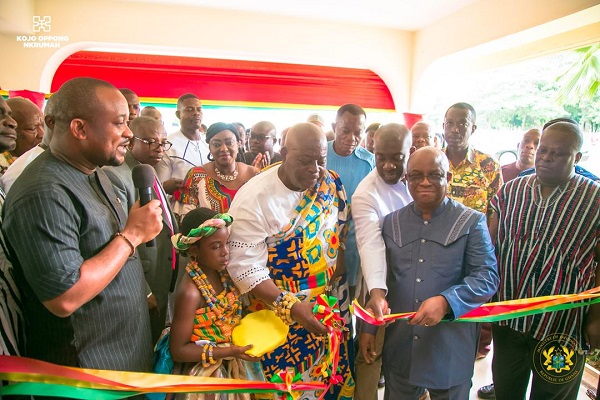 “This comes in addition to a foundation of strong economic fundamentals and an expanding economy which allows private sector to create more jobs.” 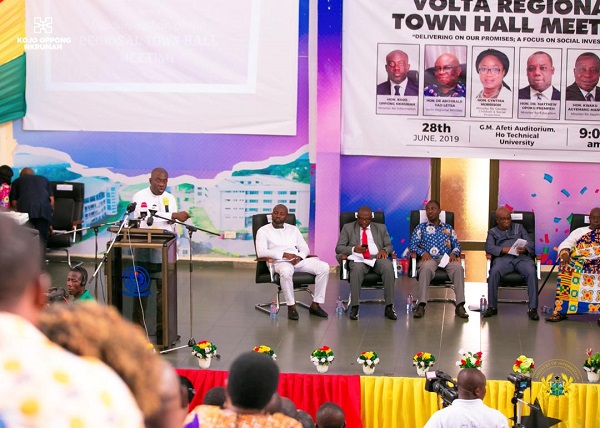 The Ofoase Ayirebi MP was addressing a government town hall meeting in the Volta regional capital, Ho on Friday on the theme “ “Delivering on our promises; a focus on social investments.

This is the second meeting for 2019 after a similar one with the Economic Management Team led by the Vice President Dr. Mahamadu Bawumia was held in Accra. 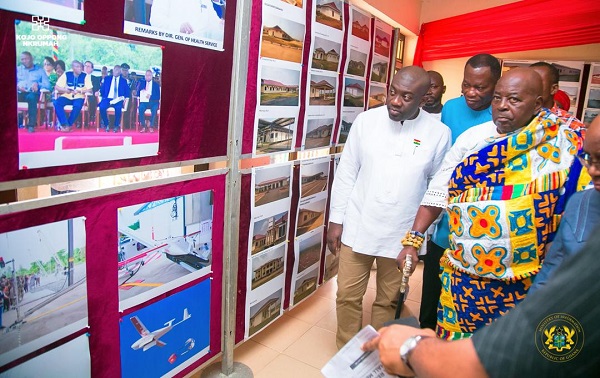 Mr. Nkrumah said the business of government was to build an enabling environment and create opportunities for the private sector to generate a lot of growth and jobs and incomes for young people.

“Government through the Ministry of Information provides platforms to account to the people and take feedback through numerous engagements and we are happy to showcase our works to you at today’s meeting.” 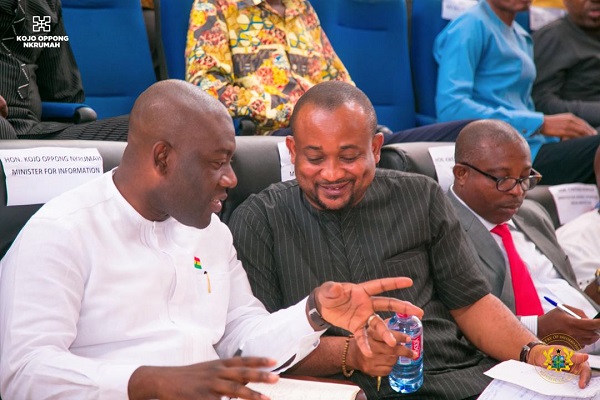 Eighteen MMDCEs and Government ministries are using the town hall in Ho to showcase progress on social programs and developmental projects in their jurisdiction.

Ministries of Health, Education and Gender, as well as the NABCO secretariate, is also using the meeting to showcase progress of works in their respective sectors. 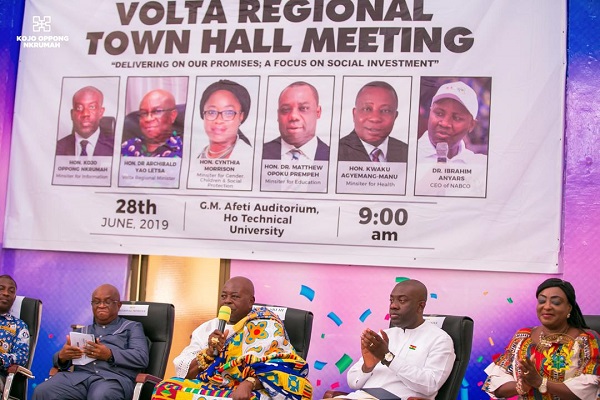 Patrons of the meeting expressed excitement and appreciation for work done so far and urged government to do more.