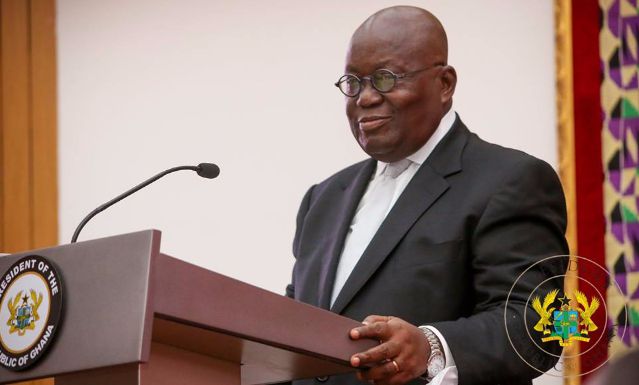 He laid emphasis on the free Senior High School (SHS) programme, Planting for Food and Jobs, One District One Factory interventions, which he believes would go a long way to accelerate the education and socio-economic growth of the country.

He also commended the New Patriotic Party (NPP) government for instituting the one million dollars for each constituency which would speed up the development of all nooks and crannies of the nation.

He made these remarks last Tuesday when he accompanied the NPP Member of Parliament (MP) for Akyem Oda, Mr William Agyapong Quaittoo, to cut the sod for four education projects for Oda Senior High School (ODASCO) and Akyem Aboabo in the Eastern Region.

Obrempong Saforo Kyereh described President Akufo-Addo as the best President Ghana has ever had and urged Ghanaians to close their ranks and give him their maximum support to ensure the success of his administration.

He was also full of praise for Mr Quaittoo for undertaking a number of development projects in the constituency to uplift the area.

He stressed that the Akyem Kotoku Traditional Area would benefit a lot from the one million dollars per constituency since the area alone had six constituencies, one municipality and five districts, most of which were the creation of President Akufo-Addo’s initiative.