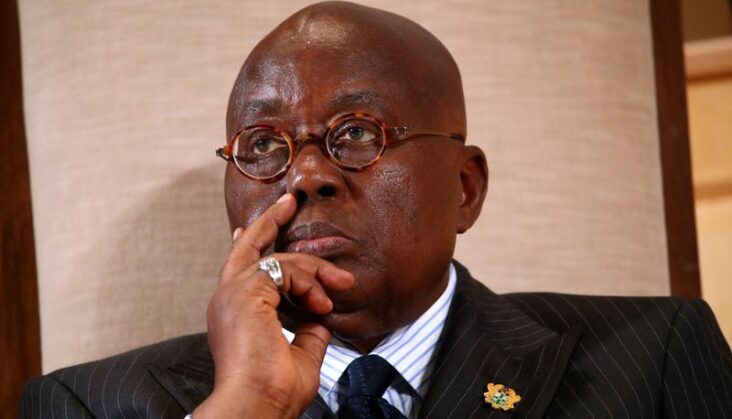 The Progressive People’s Party (PPP) are calling on President Akufo-Addo to address Ghanaians on what they describe as general insecurity in the country.

According to the party, the President's address will give confidence to citizens.

This comes after the NDC also in a statement called on the President to speak to the matter.

In a statement issued by the PPP, the party condemned the “unlawful violence committed by illegal armed groups.”

They, therefore, urged the President to address the nation on the general insecurity in the country, “and adopt a multi-partisan approach that gives confidence to the citizens to whom he owes the high office.” 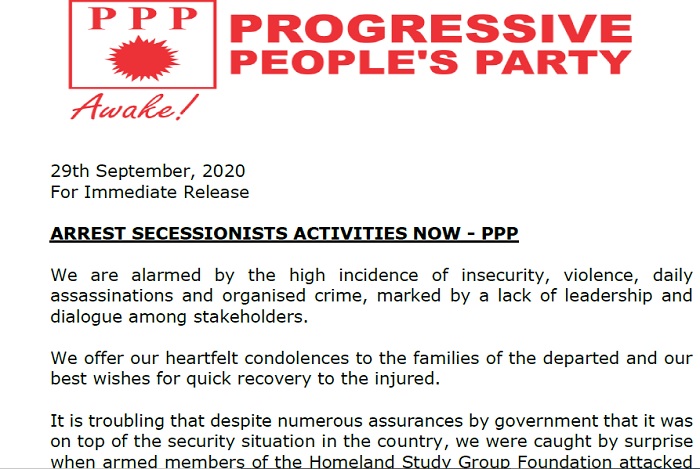 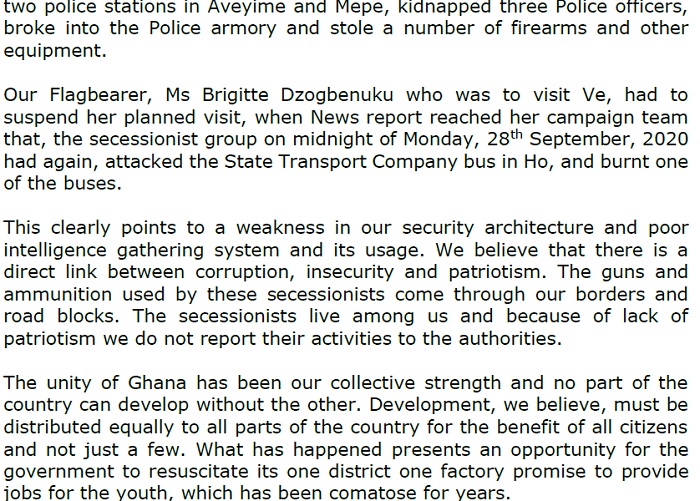 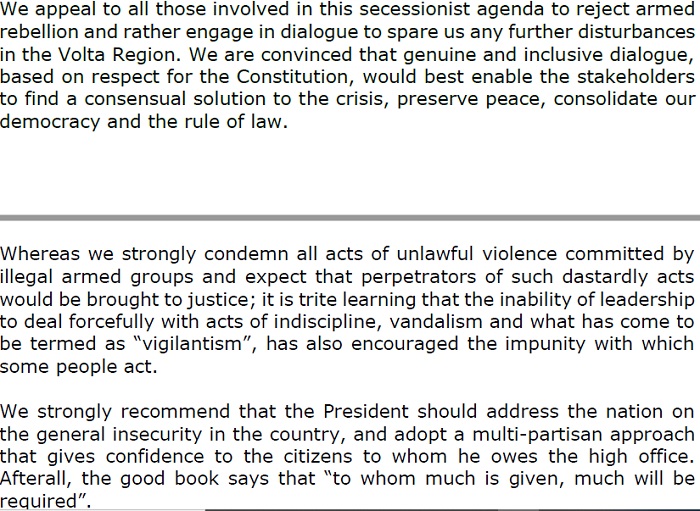 Meanwhile Information Minister, Kojo Oppong Nkrumah has reacted to calls for President Akufo-Addo to speak on the Western Togoland secessionist group’s revolt on Friday and Monday.

Kojo Oppong Nkrumah said the President will surely speak but not in the middle of the issues.

“…many people are expecting, first of all, that the ongoing threat and challenges to be dealt with immediately and then subsequent to that the necessary collaborations needed to find a lasting solution. I’m not sure that we are expecting that in the middle of this the Commander-in-Chief will be issuing statements. I do know that he will speak to those issues ones this first wave is overcome.”

In its most recent act of violence, Members of the Homeland Study Foundation on Tuesday, September 29, 2020, attacked the State Transport Corporation (STC) in the Volta Regional capital, Ho, and set ablaze one of its buses