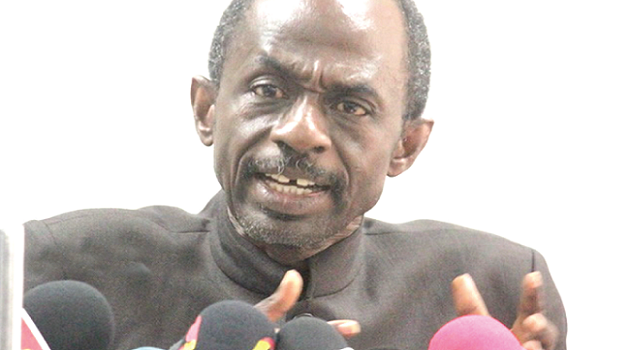 The General Secretary of the National Democratic Congress(NDC) Johnson Asiedu Nketia says his greatest disappointment on the issue of vigilantism raised by Akufo-Addo delivering SONA yesterday is that he presented the problem as if he was outside it.

Mr Asiedu Nketia said this in an interview on Starrfm:'' My greatest disappointment is that the President presented the problem as if he is outside the problem and he is calling other people whom he knows clearly don't have the capacity to solve the problem''.

''How can two political parties meet and solve a problem of state-sponsored lawlessness in this country, it is beyond two political parties, I would have preferred if he said his government is engaging the NDC because clearly what we are witnessing now has gone beyond fanatic party followers grouping together to undertake one activity".

According to the NDC General Secretary, what Ghanaians are witnessing is an infiltration of the security services by the vigilante groups supported by the state.

He sighted Ayawaso by-election as an example saying that what happened there was a clear indication of the state selecting vigilante youth from their political parties, training them in state facilities ,arming them with weapons bought by state and moving them in vehicles provided by the state to pretend as if they are part of state security to cause violence, hence political parties have no control over such situation.

This comment follows President Akufo-Addo's response on vigilantism in the country when he appealed to the leadership of the two main political parties, New Patriotic Party(NPP) and National Democratic Congress(NDC) to bring to an end political vigilantism.