Alban Bagbin gets nod as second deputy speaker in next parliament 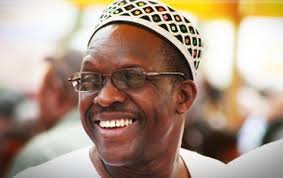 Six-time Member of Parliament (MP), Alban Sumana Bagbin is set to be named as the  2nd Deputy Speaker of Ghana's  seventh parliament.

Mr Bagbin, the MP for Nadowli/Kaleo who is currently the Majority Leader and Leader of Government Business, has been chosen for the position following a meeting of the National Democratic Congress (NDC) MPs on the majority side.

According to reports, Mr Bagbin's elevation was met with some resistance as some of the NDC MPs felt Mr Bagbin's good relationship with the New Patriotic Party (NPP) MPs on the Minority could easily get him manipulated by the incoming majority.

Mr Bagbin's experience in governance, parliamentary work, and his legal background, however, was too strong to ignore.But upon a second thought, the opposing MPs

He served as Minister for Works, Water Resources and Housing in the Professor Atta Mills administration and is the only person who would have served 24 years as a parliamentarian and also has the distinction of serving as the minority leader between 2001 and 2009.