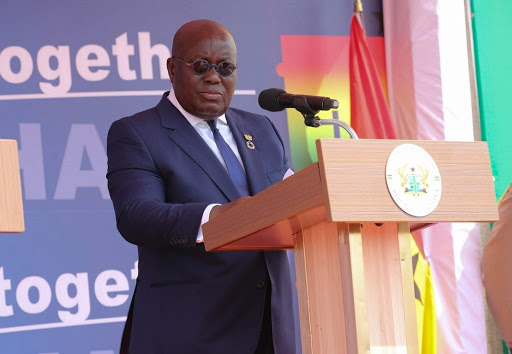 Spokesperson for former President John Dramani Mahama, Joyce Bawa Mogtari has called on President Akufo-Addo to render an unqualified apology to John Mahama over comments he made against his stance on the compilation of a new voters' register.

President Akufo-Addo, yesterday February 18, 2020, whileÂ speaking at the 20th-anniversary celebration of the founding of the Tertiary Students Confederation (TESCON) in Ho, in the Volta Region said he will not allow any sour loser to create conflict during or after the polls.

Commenting on the development on Starr FM today, February 19, 2020, Joyce Mogtari described President Akufo-Addo's claim that John Mahama's concerns over the planned new voter's register for the incoming general election is a call for chaos as disappointing and unfortunate asking him to retract and apologize to John Mahama

â€œWe are shocked and disappointed in his response. I think it is rather unfortunate the comment made by the president to the concerns by Mr Mahama. Compared to when he was opposition leader and the threats they subjected the then electoral commission chair to, I havenâ€™t heard any NDC member beat war drums as we heard from the NPP in those years. The comments were most unfortunate, most uncalled for and not good''.

â€ I challenge everyone who watched the president yesterday to put the tapes together and then draw your conclusions. We will then expect that the President apologizes and retract the comment. What happened yesterday was way below the performance of a President and we are calling on President Akufo-Addo to render an unqualified apology for trying to smear Mr Mahamaâ€.

Addressing the congregation at theÂ 20th-anniversary celebration of the founding of the Tertiary Students Confederation (TESCON) in Ho yesterday, President Akuof-Addo stated that :Â

â€œBut I want to assure him that there will be no strife, there will be no conflict after the December 7 general elections. The good sense of the Ghanaian people, which has preserved the peace and stability of the 4th Republic for the last 27 years, will continue to prevail, and they will not permit any poor, desperate loser to plunge this country into chaos. Ghana is bigger than the ambitions of any of usâ€.