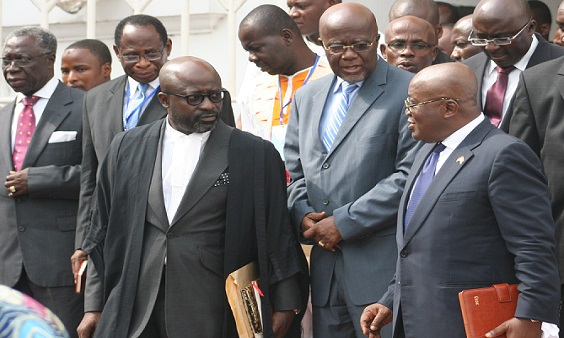 According to 3news he will take office from January 7, 2017 when Nana Akufo-Addo is inaugurated as the President of the Republic of Ghana for the next four years.

Ambassador Quartey is taking Nana Bediatuo through the rudiments of the job, which will see him draft speeches for the President, receive communications to the President from other heads of States, international organisations among others.

Nana Bediatuo is a distinguished lawyer and a Managing Partner of Ampem Chambers Barristers and Solicitors.

He started his legal career as an Attorney at Paul Weiss Rifkind Wharton & Garrison, a prestigious law firm on the Wall Street in New York .