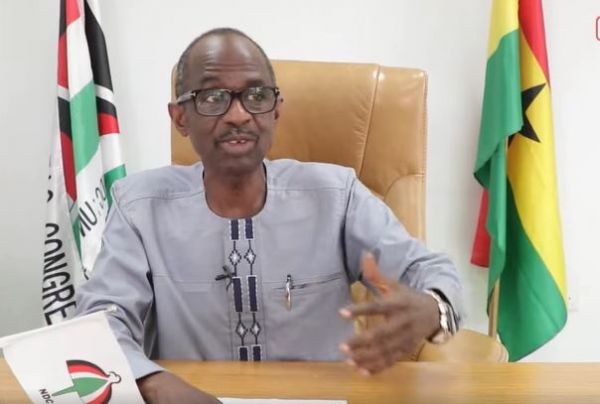 The General Secretary of the National Democratic Congress (NDC), Johnson Asiedu Nketiah is set to begin his campaign for the National Chairman of the internal elections of the largest opposition party, today Tuesday, October 25, 2022.

The launch is set to come off at the Kama Conference Centre in Accra from 2.30 pm.

It will be broadcast live on TV, Radio and across many online platforms.

The NDC has started its internal elections as part of preparations for the 2024 general elections. 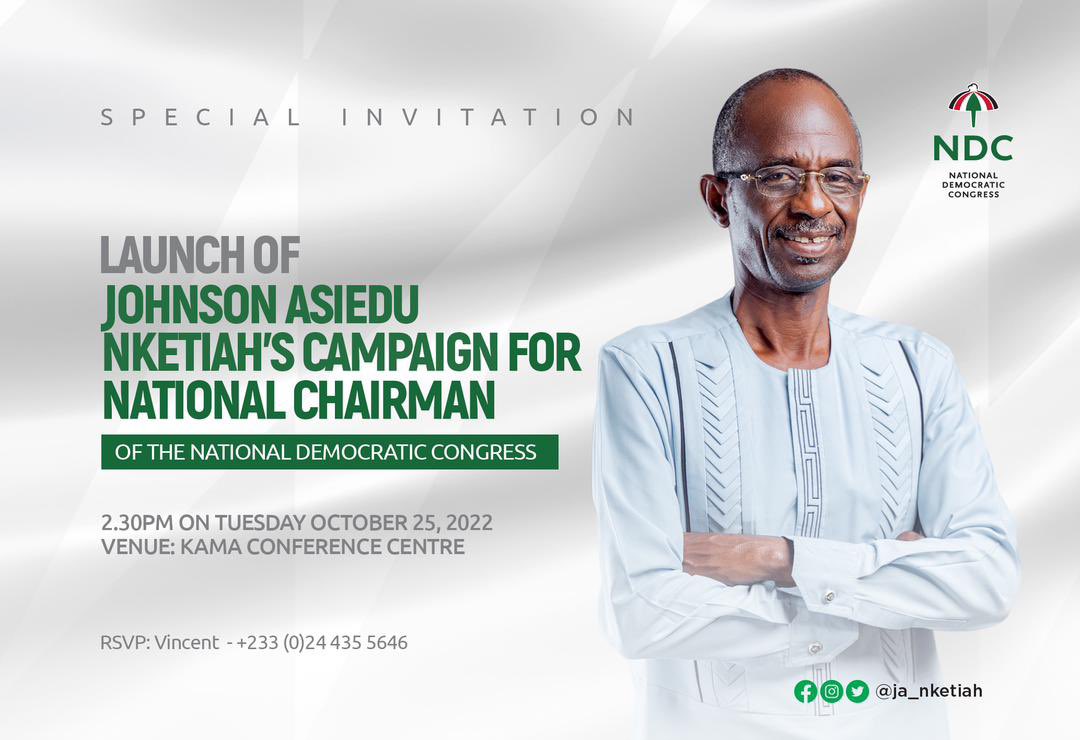 Asiedu Nketia days ago officially declared his intention to contest the chairmanship position of the NDC.

“Yes I have the intention of picking up a form to contest the chairmanship position when nominations are opened.”

“I participated in the struggle against the military dictatorship in this country, after which I came to Parliament. I was there for 12 years and chaired several committees,” he said.

On September 22, 2022, Asiedu Nketiah disclosed that he won't be contesting for the National NDC General Secretary position again after 25 years.

Mr. Nketiah, who became NDC General Secretary in 2005, believed it was time for him to make way for others to take over the administration of the party.

“Age plays a major role in everything. This job of a General Secretary involves a lot; your time, energy, among others,” he told Radio Gold.

“I have considered all these, and I am of the firm view that I won’t contest again. What I am saying is that, I won’t seek re-election as General Secretary,” Mr. Nketiah said.

Asiedu Nketiah have served in this position for about twenty-five years now.

In his quest to vie for the National Chairman of the internal elections, he will be launching his campaign today at the Kama Conference Centre in Accra from 2.30pm.

It will be broadcast live on TV, Radio and across many online platforms, a statement he issued on Sunday, October 23.

The NDC has started its internal elections as part of preparations for the 2024 general elections.