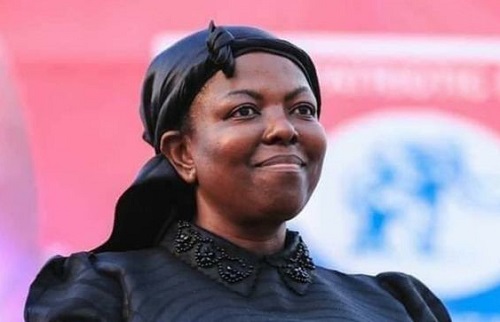 The Commission of Inquiry probing the Ayawso West Wuogon by-election violence have decided not to include Member of Parliament (MP) for the area, Ms Lydia Seyram Alhassan in its list of witnesses.

Mr Ernest Kofi Abotsi who is the Executive Secretary of the commission, says Ms Alhassan was not present at the time of the violence so she is currently not a person of interest.

He said the Commission says they are currently speaking to people primary evidence.

“It turned out that the candidate who actually won was not on the scene. She was not here; she never was here for the entire time."

“Everything she heard about this incident she heard from someone. She only at best is a secondary witness. The commission, therefore, came to the conclusion that apart from winning the election, there was nothing she could tell us."

“She would be speaking on the basis of what people have told her. That’s why we decided that she should not come” Mr Abotsi said on the sidelines of the commission’s visit to the centre of the action during the violence on Friday.

The Commission's trip to the scene was a fact-finding mission which is meant to furnish the commission with further evidence.

The visit took them to the La-Bawaleshie Presbyterian Basic School, sites of bullet holes near the NDC candidate Mr Delali Brempong’s House, inside the house as well as a hairdressing saloon which is about 100 metres away from the house which also had two bullet holes.

Among the findings were 19 bullet holes at different spots.