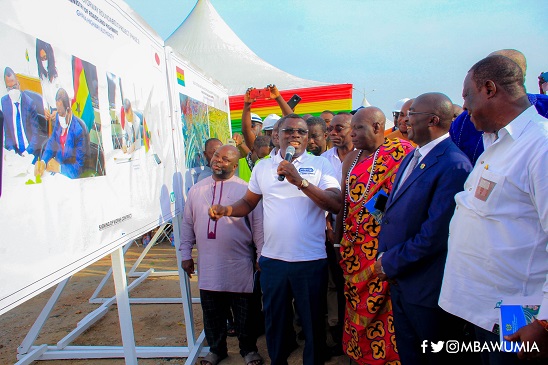 Vice President Dr. Mahamudu Bawumia has cut sod for the start of the construction works on the ‘Improvement of the Tema Motorway Roundabout Phase 2’ project.

The project follows the signing of a Yen 3.359 billion grant facility between the government of Ghana and the Government of Japan, acting through the Japan International Cooperation Agency (JICA). 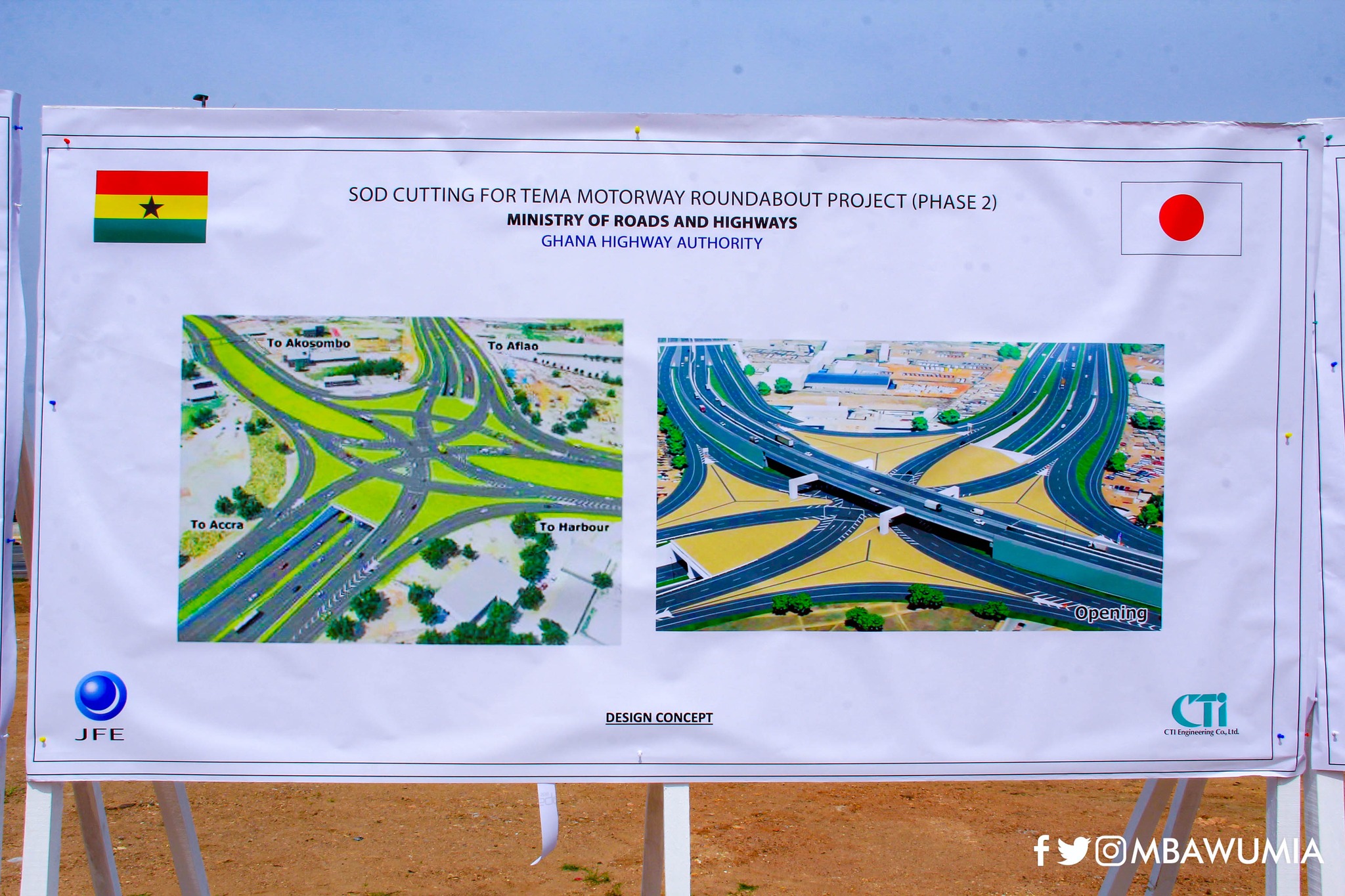 The project, which is to provide a third tier on the existing two-tier interchange brings to over 12, the number of interchanges across Ghana that the administration of President Nana Addo Dankwa Akufo-Addo has either completed or is working on.

The project is expected to be completed in November 2024. 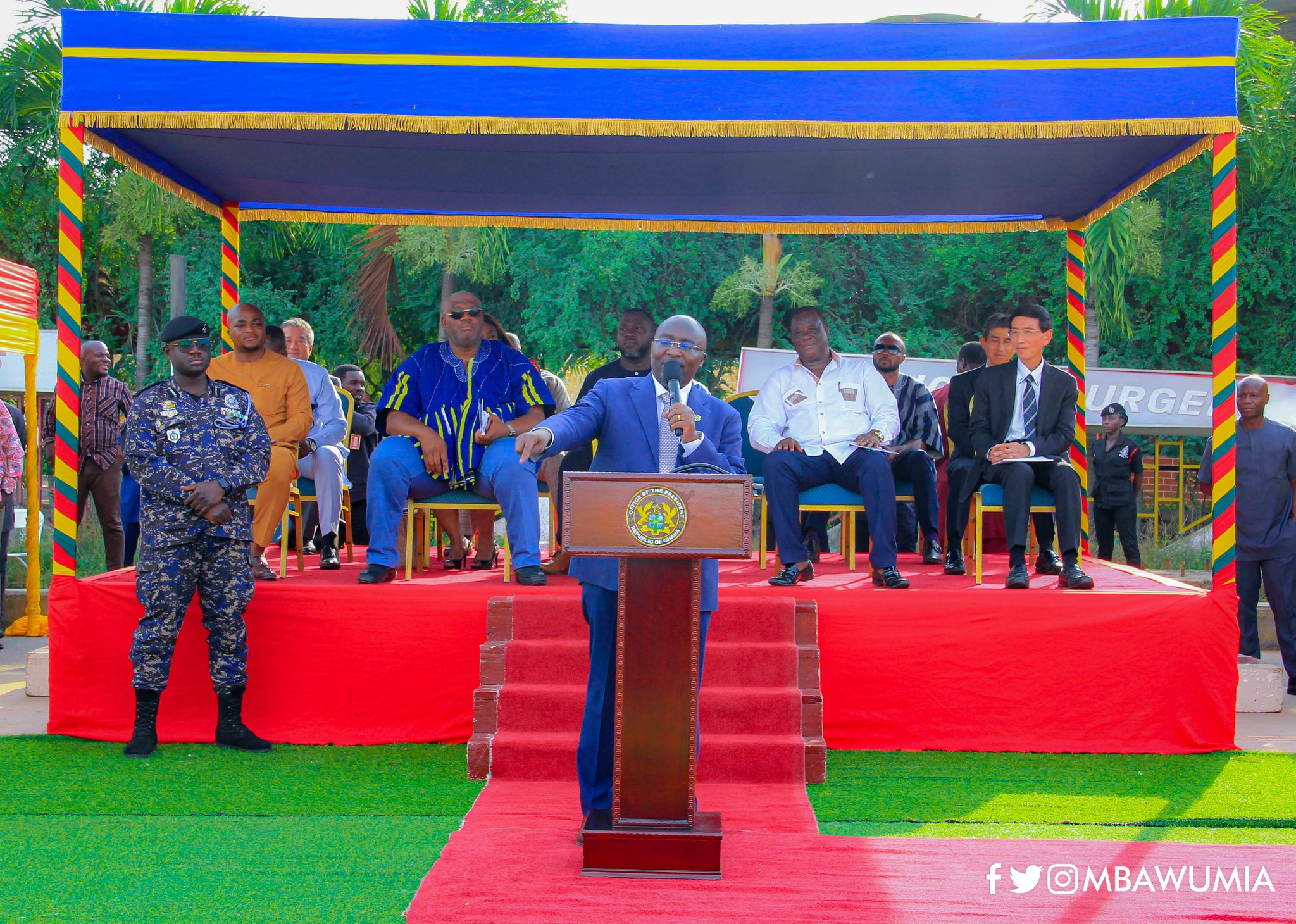 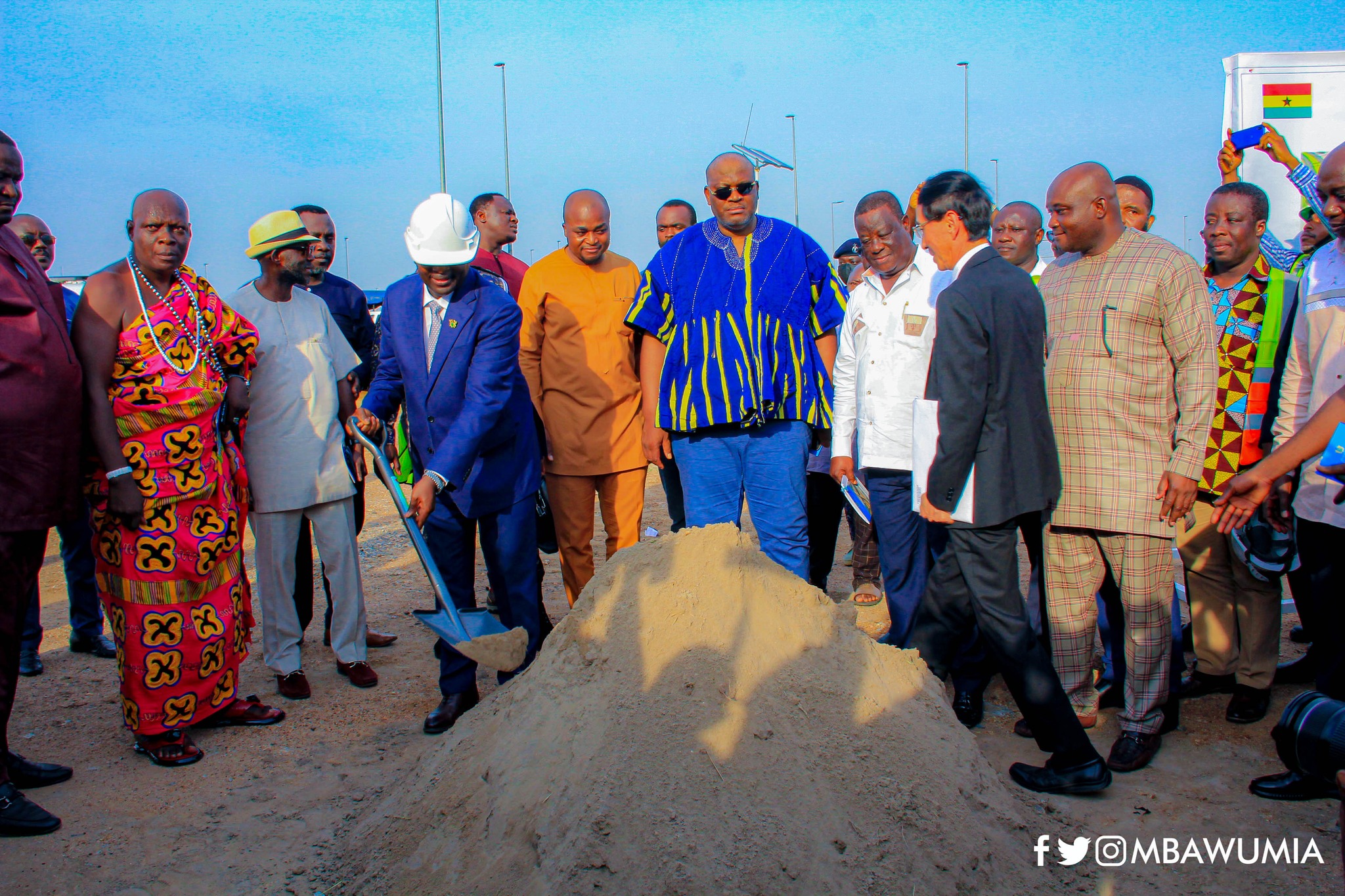 "On behalf of President Akufo-Addo and the people of Ghana, I thanked the Government and people of Japan who through JICA have provided grant funding for the work and urged the Ministry of Roads and Highways, the Consultant as well as the Contractor to ensure that adequate traffic management measures are put in place during Construction to reduce the inconvenience that the works will bring to the travelling public and residents," he said. 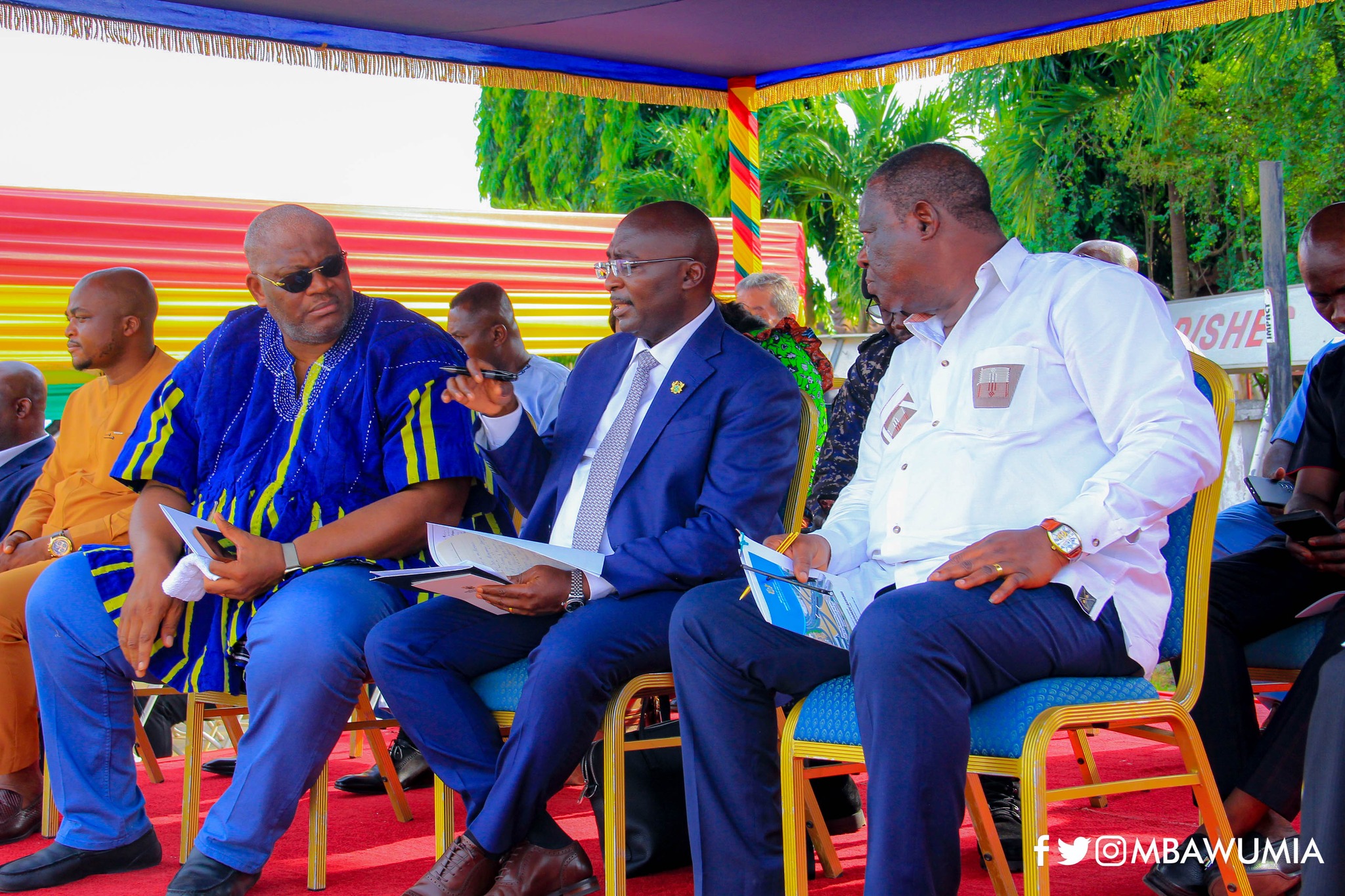 The works that will be undertaken by Messrs JFE Engineering Corporation involve the construction of a composite bridge and ramps and axillary road works of a total length of 1.75km between the Harbour Road–Ashaiman.

Other works include the construction of drainage and safety facilities such as crash barriers and road signs and the installation of streetlights.

Speaking at a signing ceremony in Japan on June 30, 2022, the Minister for Roads and Highways, Kwasi Amoako-Atta expressed the government of Ghana’s gratitude to the government and the people of Japan for their generous contribution to Ghana’s infrastructure development.

This was after the Minister led a team of officials from the Ministry of Roads and Highways, the Ghana Highway Authority and officials from the Ghana Embassy in Japan including Genevieve Edna Apaloo, Ghana’s Ambassador to Japan to witness the bidding and negotiation process before the signing of the grant agreement.

“When completed, this project will make it easier for the Tema Harbour to clear goods quickly, end traffic jams at the Tema roundabout, and improve trade integration and economic growth in the ECOWAS sub-region,” the Minister said.

According to the Minister, the project will also lower the cost of doing business in Ghana by lowering vehicle operating costs, reducing travel time, and improving mobility.

“Ghana will continue to collaborate with JICA in undertaking key road infrastructure programmes aimed at regional integration and enhancement of trade within the ECOWAS sub-region,” the Minister said.

The Minister also thanked JICA, the Consultants (CTI International Corporation), and the Contractors (JFE Engineering Corporation) for their contributions to Ghana’s infrastructure development.

Currently, JICA is financing the construction of the Assin Fosu to Assin Praso road works on the N8 which is being undertaken by Messrs Shimizu Dainippon.

The First Phase of the Project

Phase 1 of the project was commissioned by President Nana Addo Dankwa Akufo-Addo in June 2020.

Financing of other key road infrastructure

In a related development, the Minister of Roads and Highways, Kwasi Amoako-Atta has appealed to the government of Japan to help finance the funding gap on the Volivo bridge project, which is set to begin soon.

The Minister reiterated his appeal when he held a bilateral meeting with the Senior Vice President of JICA, Nakamura Toshiyuki on Friday, June 29, 2022.

On Saturday, June 2, 2022, the Minister and his team visited some major interchanges and bridge construction projects being undertaken by JFE Construction in Tokyo.