Bawumia is like a serial caller, his only job as Veep is to attack Mahama - Kwakye Ofosu 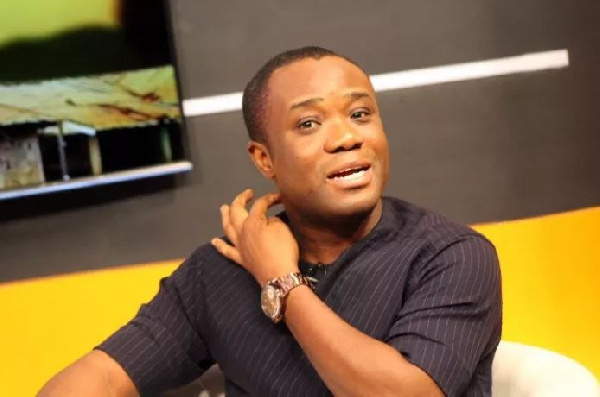 Kwakye Ofosu argues that Dr Bawumia has been reduced to an errand man whose only job is to attack the opposition NDC and their flagbearer John Mahama.

He likened the actions of the Vice President to that of a serial caller.

The governing NPP claims that just a few months to the 2020 election, the NDC still do not have a running mate, a clear indication of their lack of preparedness for the election.

READ ALSO: Mahama will lose sympathy of COVID-19 as an excuse for delay in announcing running mate - Ayariga

Kwakye Ofosu, however, says Mahama will appoint someone who will restore the dignity of the Vice President's office.

"Mahama is not in the business of appointing somebody to match Bawumia, the Vice President's office is a place of reflection. When a Vice President speaks it should invoke seriousness. We don't want a Rottweiler to be Vice President, that office is not a place for an attack dog. It is a place for someone who partners the President to deliver the good, I get surprised when people think Bawumia is the standard for a veep, Mahama will choose someone who will restore the dignity of the office and deliver," he told Joy News.

With just over 6 months to the general elections, John Mahama in a recent address said naming his running mate now will not be beneficial to the party.

He said the focus of all Ghanaians is winning the fight against COVID-19 and naming a running mate now will mean he can't outdoor him to ban on large public gathering.

He went on to say that he has a firm idea who his running mate will be and at the appropriate time he will name the person.

“I have a fair idea who my running mate is, we are not late in naming my running mate, what is the use of naming the person in the midst of COVID, we can’t outdoor him/her now as we are all fighting COVID-19, so at the appropriate time we will do that. But I can assure you he will be someone that will help to transform this nation when I become President come January 2021”.

In March Mahama had to deny reports that he had appointed Professor Kwesi Botchwey as his running mate for the 2020 general elections.

General Secretary of the NDC Johnson Asiedu Nketia also says he will not turn down an opportunity to be the running mate to John Mahama for the 2020 elections.