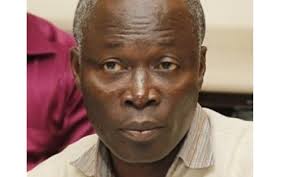 Member of Parliament (MP) for Odododiodoo constituency and outgoing Minister for Sports, Edwin Nii Lante Vanderpuije has explained that the “comfortable lead”mantra which emerged as one of the most popular catchphrases in the heat of the collation of results in the 2016 general elections was to calm down the frustrations of the supporters of the National Democratic Congress (NDC).

In an interview with Starr FM on Wednesday, he stated that the statement from the campaign team spokesperson Joyce Bawa was a strategy to calm party faithful’s down in the heat of their defeat.

According to him ‘We’re in a comfortable lead’ is to “assuage the frustration of the supporters. [It was] to minimise their frustration because the anger that would have come with the straight [admittance] that we have lost, people would have committed suicide,” he said.