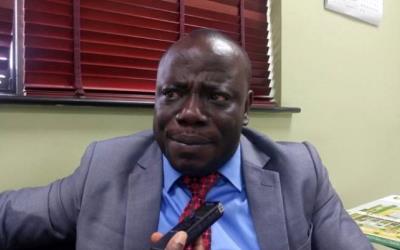 Matthew Nyindam, Deputy Majority Chief Whip and Member of Parliament for Kpandai Constituency says common sense points to the fact that the National Democratic Congress (NDC) will lose their case against the Electoral Commission (EC).

The NDC challenged the Electoral Commission’s decision to compile a new voter’s register for the December polls.

The Supreme Court will deliver judgement on the issue on June 23, 2020, but Mr Nyindam says their decision to challenge the EC was not thought through and this is a clear sign that they will lose the case.

READ ALSO: Supreme Court to rule on NDC’s case against EC on June 23

"Common sense tells me that the NDC did not have a case to stop the EC from doing their constitutionally mandated work. You present two reliefs to the court and now the court is saying choose one then it means you have an issue with indecision. They have now dropped one and it shows clearly they never thought through their decisions and they will not win from their own actions, I am sure the case will be thrown out because we have enough evidence from the EC that shows we need a new voters register".

The opposition had prayed the court to declare the Electoral Commission’s decision to compile a new voters’ register for the 2020 general elections as null and void.

It has also asked the court to order the EC to include the existing voters’ ID card to the list of identification documents needed to register to vote apart from the Ghana card and passport.

But in court today, June 11, 2020, the NDC, dropped its case questioning the power of the Electoral Commission to compile a new voters’ register.

It, however, made the exclusion of the existing voter ID from the identification requirements its core case.

Deputy Attorney General Godfred Yeboah Dame urged the apex court not to impede the EC’s quest to obey the law.

He says the EC has admitted to training its officers not to obey a constitutional instrument and that was enough evidence to support the view that the current card cannot be used in the registration exercise.