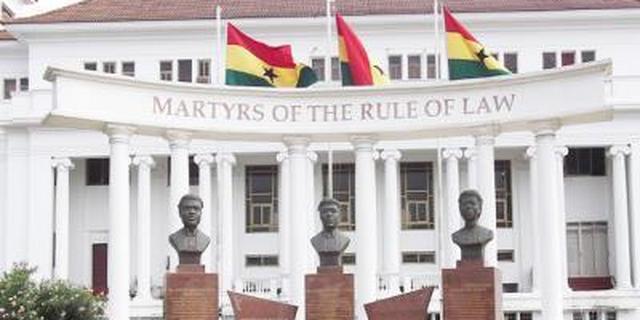 The Supreme Court has, on Tuesday May 10, adjourned the Review and Appeal cases of the Assin North Member of Parliament James Gyakye Quayson, to May 17.

The apex court was scheduled to hear the cases on Tuesday but had to adjourn it.

A Cape Coast high court in July 2021 upheld the petition filed by Michael Ankomah Nimfah to declare James Gyakye Quayson’s election void, on the basis that he owed allegiance to another country other than Ghana, contrary to Article 94(2) of the 1992 Constitution.

But the Assin North MP filed a review at the Court of Appeal to overturn the ruling by the high court.

The Court of Appeal consequently struck out the appeal by Mr Gyekye Quayson for non-compliance with court procedures.

According to the court the embattled MP failed to comply with the court’s directives to submit his written submission within a stipulated time.

James Gyakye Quayson subsequently filed a review application at the Supreme Court on dismiss the Court of Appeal’s decision to strike out his case.