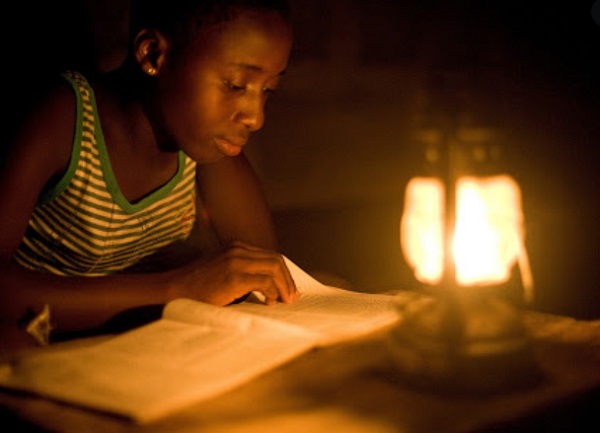 The Minority in Parliament has attributed the current dumsor in the country to mismanagement and unnecessary political interference by the Akufo-Addo government in the energy sector.

The Minority in a presser said "From the forgoing it is obvious the current load shedding (Dumsor) being inflicted on Ghanaians is as a result of mismanagement and unnecessary political interference by the Akufo-Addo Government in the management of the Energy sector."

They believe that the government has exported the double-track educational system to the energy sector.

"Today not only are we witnessing unreliable supply of power, the obnoxious double track system has been exported to the Power sector under this Government."

Good morning Ladies and Gentlemen of the press.
We welcome you to this Press Conference by the NDC Caucus in Parliament, and we wish to begin by expressing our gratitude for your continuous support in the professional discharge of your national duties as the fourth estate of the realm.

The NDC Minority Caucus has called for this media engagement due to the recent unreliable supply of power popularly known as Dumsor which appears to be worsening despite several assurances from government officials and managers of the power sector.

Since the beginning of 2021, many parts of the country have consistently been plunged into a state of darkness often without prior notice to the consuming unfortunately, the situation keeps worsening by the day.

While most Ghanaians have been witnessing intermittent power outages, others have been experiencing low current and occasional high voltages leading to damage of their electrical gadgets and valuable assets in some cases.

The impact of yet another Energy crisis can have dire consequences on the already struggling debt ridden, Covid 19 economy under President Akufo-Addo.

Today not only are we witnessing unreliable supply of power, the obnoxious double track system has been exported to the Power sector under this Government.

It should be noted that since the beginning of the year, GRIDCo alone has given six different reasons for the major national outages aside the intermittent localised blackouts, with the most ridiculous reason being attributed to trees falling on high tension transmission lines.

It is important to note that GRIDCO has strict maintenance culture of clearing bushes/shrubs under their lines so, the question is since when did these shrubs grow into trees?

Ladies and Gentlemen of the press, it is obvious there is something more serious happening within Ghana's energy sector beyond the unconvincing excuses and blame game by managers of the sector

More recently, the Union of the Electricity Company of Ghana (ECG) embarked on an industrial action demanding the removal of their Managing Director sighting incompetence, duplicity and a total lack of understanding of the power distribution company's role.
As if that was not enough, the ECG, GRIDCO and the Hon. Minster has been providing conflicting timelines on when this debilitating power crisis will be resolved.

What is even more disturbing is despite confirmation from GRIDCo a couple of weeks ago that the country will continue to experience these power outages into the foreseeable future for which reason they promised to publish a load management schedule, the anticipated schedule has since been put on hold due to political pressure from the executive.
It is a well-known fact especially among energy sector players that the current outages in the country is due to financial challenges and not because of technical challenges as being claimed by GRIDCo and Government officials.
This is because the transmission lines and transformers are congested due to under investment and lack of regular maintenance arising from the poor financial health of the energy sector SOEs.

Indeed, it will be recalled that in March 2018, the current CEO of GRIDCo cautioned that the Country was likely to experience major power supply challenges (http://www.faapa.info/blog/gridco-losing-revenue-due-to-tariff-reduction-in-electricity), this was after President Akufo-Addo took a populist but uninformed decision to usurp the authority of the PURC by slashing the revenue flows of GRIDCo and other utility agencies.

Unfortunately, this caution fell on deaf ears. It is therefore not surprising that electricity consumers (Ghanaians) find themselves in this difficult but avoidable situation of Dumsor.
Most of the Energy sectors SOEs have continued to witness worsening financial positions since the assumption of office by President Akufo-Addo, despite his administration receiving over 12 billion cedis in ESLA revenues and almost 20 billion in petroleum revenues over the past 4 years.

The ECG which recorded a profit of over 500 million cedis under President Mahama in 2016 has posted cumulative losses of over 4 billion cedis since the 2017 financial year.

The GRIDCo which also posted profits in 2016 has equally taken a turn for the worst with total comprehensive loss of over 600 million cedis as captured in their 2018 financial Statement. Due to the worsening financial position of GRIDCo, Agence FranÃ§aise de DÃ©veloppement has had to withhold funding for a major upgrade of the National transmission line for over 2 years culminating in congestion of the GRID.

This particular line would have enabled Ghana to export additional power to Burkina Faso
Even more disturbing is the fact that the Energy Commission which is the technical regulator of the sector has seen its budget slashed by more than half on account of the Capping and Realignment Act rendering the commission ineffective.

According to the 2019 PIAC report, of the US$334,636,806.22 of raw Gas supplied by the Ghana National Petroleum Corporation (GNPC) to Ghana Gas (GNGC), no payment was received, largely on account of VRAâ€™s inability to pay GNGC for the lean gas supplied bringing the total indebtedness of GNGC to GNPC in respect of lean gas supplies to US$668,118,346.04.

From the forgoing it is obvious the current load shedding (Dumsor) being inflicted on Ghanaians is as a result of mismanagement and unnecessary political interference by the Akufo-Addo Government in the management of the Energy sector.

It will be recalled that when the nation was faced with a similar challenge under the NDC, the Mahama Government was candid with Ghanaians and proceeded to implement pragmatic policies to comprehensively address the challenge and subsequently handed over a resilient and robust energy sector to President Akufo-Addo.
Note that President Mahama is on record to have also bequeathed over 230 million cedis in the ESLA account to President Akufo-Addo in 2017.

It is important to note that under the previous NDC Government we initiated several projects to strengthen systems reliability. Some key projects that were implemented include:
-The 330kv line from Aboadze to Accra which was constructed under the NDC.

-The Aboadze Prestea Kumasi 330Kv is another one initiated by the NDC government.
-We also constructed the Accra Aflao 330KV transmission line.
-We should not also forget the 330kv export line to Burkina Faso terminating into Burkinaâ€™s 225kv line.

Indeed the Pokuasi and Mallam Bulk Supply Points which is currently under construction is the product of the NDC Government through the MCC Compact 2.

But for the mismanagement of the ECG Concession by this Government which resulted in the PDS scandal, Ghana wouldnâ€™t have lost the $190 million dollars meant for improving the distribution sector.

Instead of conceding on their shortcomings and being honest with Ghanaians, this Government has adopted political chicanery, denial and misinformation as a cardinal tool while the ordinary Ghanaian is made to bear the brunt of these avoidable power outages.
The epileptic Power situation in many parts of the country needs s to be addressed and addressed urgently.

The minority in Parliament taking cognisance of the current erratic and unreliable power supply coupled with the lack of sincerity on the part of Government officials and handlers of the power sector, the Minority in furtherance to our commitment towards ensuring reliable and uninterrupted supply of power proposes the following 10 point recommendations for implementation;

1. The Energy sector players must be proactive and inform (Publish a schedule) electricity consumers who will be affected by these outages in advance so that affected customers can take remedial steps to mitigate the effect of such outages.

2. Government must cut down on wasteful expenditure and Inject the much needed capital into the power sector especially GRIDCo to make up for the impaired cash flow of these utilities.

4. Government and its communicators must desist from engaging in the propaganda on excess capacity and come out with a formula for absorbing capacity charges as part of operating cost.

5. Power sector managers must ensure that they pursue Long term planning to ensure fuel security for generating assets at the least cost possible.

6. Government must allow Independent Power Producers (IPPs) to take the responsibility for their fuel supply requirements.

7. Immediate steps must be taken to aggressively address ECGâ€™s spiralling technical and commercial losses currently estimated by its worker unions at 34%

8. The Ministry of Energy must conduct a comprehensive reconciliation of the total indebtedness of all players including government and its SOEs including (GNPC, GNGC, VRA, GRIDCo, CENIT, ECG, NEDCo) in a transparent manner.

9.The Ministry of finance must take steps to utilize the $1 billion sovereign bond borrowed in 2020 to address the financial challenges of the Energy sector.

10. Government must ensure that Energy sector SOEs Publish details of their financial statements including details and ageing of their indebtedness as well as debts owed to them on time.

Finally, Government must come clean on the current power crisis as a matter of urgency and desist from engaging in blame games. Shifting blame and providing conflicting information only goes to exacerbate the crisis which is threatening lives and businesses across the country.