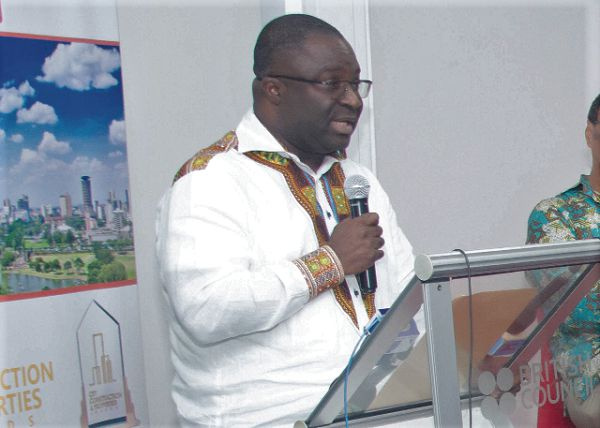 Executives and Council of Elders of the New Patriotic Party (NPP) in the Subin Constituency are facing criticism for being biased in favour of the sitting Member of Parliament, Eugene Boakye Antwi.

The obvious partiality of the Subin executives, who are mandated by the partyâ€™s constitution to organise the impending parliamentary primary, has prompted delegates to question their neutrality and professionalism.

The Subin executives and Council of Elders, who are desperately scheming for the re-election of Eugene Boakye Antwi, shockingly sent a petition to the National Appeals Vetting Committee in which they make infantile and spurious allegations against Joseph Boakye Danquah, the man highly tipped by connoisseurs to wrestle the seat from the sitting MP and another contender, Frank Duodu.

When the National Appeals Vetting Committee sat last week to interrogate the phony petition of the party elders, JB Danquah reportedly left no doubts in the minds of the committee that he qualifies to contest in the primary.

According to reports, the unethical conduct of the men trusted to run such a crucial election has struck a wrong note in the constituency, as delegates are calling for their resignation.

One of the ring leaders who is fighting tooth and nail to ensure the re-election of Eugene Boakye Antwi, according to our checks, is the Constituency Secretary, Akuamoah Boateng.

He is seen as the lead hatchet man of the MP despite the partyâ€™s constitution requiring him to be neutral and impartial.

â€œWe are embarrassed by the posturing of Akuamoah Boateng because as a leader we expected him to be neutral, but he has shamelessly compromised his position.

â€œThese people cannot be allowed to organise the election. They are bias and can never be trusted,â€ one of the irate delegates who did not want to be named, shared his frustrations.

Another delegate added, â€œThese bunch of hoodlums parading as elders must be stopped in their tracks. If they fail to resign, we are going to make sure that they are voted out in the next constituency primary.â€

Kofi Asante Boakye, a known party activist in the constituency, who labelled the conduct of the executive as â€œabsolute disgraceâ€ further urged the National Executive Council to call the individuals to order.

â€œIf we truly want to be united and defeat the NDC in the upcoming general election then such irresponsible behaviours should not be countenanced. They should allow an even playing field for all contenders. People should come out as genuine and victors,â€ he added.

Report suggests that when JB Danquah appeared before the Vetting Committee, which is chaired by the General Secretary of the party, John Boadu, the members were unanimously convinced that he had satisfied all the legal requirements to participate in the primaries.

JB Danquah is an astute financial and tax consultant who has enjoyed an illustrious career in the United States for many years.

He is the Chairman of the NPP Minnesota Chapter in the United States of America.

He is viewed as the genuine contender, who could unseat the maverick MP, whose popularity has sharply declined in recent years.