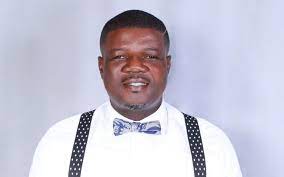 MP for South Dayi Rockson-Nelson Dafeamekpor says E-Levy will be the easiest thing to be repealed when the NDC regains power in 2025.

He said it will be the first thing the NDC will do in January 2025.

According to him, it only takes a bill to Parliament to repeal the E-Levy.

“A new National Democratic Congress government, God willing, and with the votes of the sovereign people of Ghana in 2025, will repeal the E-levy Act,” the one-term former President said when he spoke at the NDC’s “Ghana at a crossroads” event held in Accra on Monday, May 2, 2022.

Although Mahama said the NDC is not against the principle of taxation, he said they are, however, opposed to burdensome levies like the E-levy.

“We in the NDC do not oppose taxation as a principle. We will not be pretentious and couch fanciful slogans to condemn the principle of taxation like the NPP did in the past. We are, however, implacably opposed to distortionary and burdensome taxes like the e-levy that only force Ghanaians to endure more suffering,” he added.

The government commenced the implementation of the controversial levy on May 1, 2022, despite widespread condemnation of the tax policy.

The levy was reduced from 1.75% to 1.5% after several protests led by the opposition party, its Members in Parliament and some civil society groups.

Government had hoped to rake in about GH¢7 billion from the collection of the 1.5% levy on mobile money and other electronic transactions, but the figure was revised downwards to about GH¢4 billion recently.

The opposition NDC had tagged the levy as double taxation and counterproductive but the government had insisted that it was a burden-sharing initiative adopted to shore up the country’s internal revenue instead of depending on foreign aid.