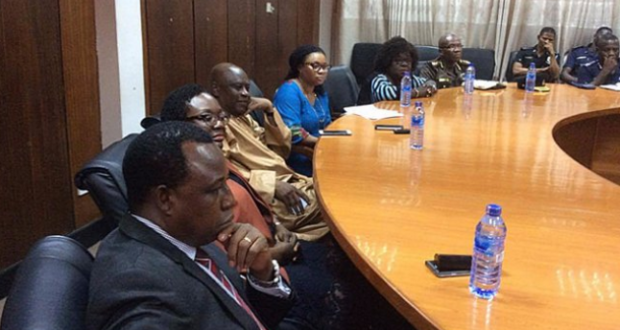 The committee, which has its members drawn from the various sectors of the country, is expected to coordinate the activities of the various stakeholders within the electoral process to ensure successful elections.

peaking at the event, the Chairperson of the Electoral Commission, Charlotte Osei, expressed was optimistic of an incident-free election.

The 18-member committee is chaired by Charlottee Osei.

Ghana goes to the polls on November 7, 2016, to elect a President and parliamentarians for the next four years.

A National Election Security Task Force and a Technical Committee to ensure peaceful, free and fair elections, has also been inaugurated by the out-going Minister for Interior Mark Woyongo.

A section of Ghanaians led by the opposition New Patriotic Party (NPP), had put pressure on the Electoral Commission to compile a new voters’ register before the November polls.

They claimed that the current register is bloated with names of foreigners and minors, and could not ensure a credible election.

However, the Commission after deliberations on the issue with all stakeholders said it will not compile a new register because arguments for the request were not convincing enough.