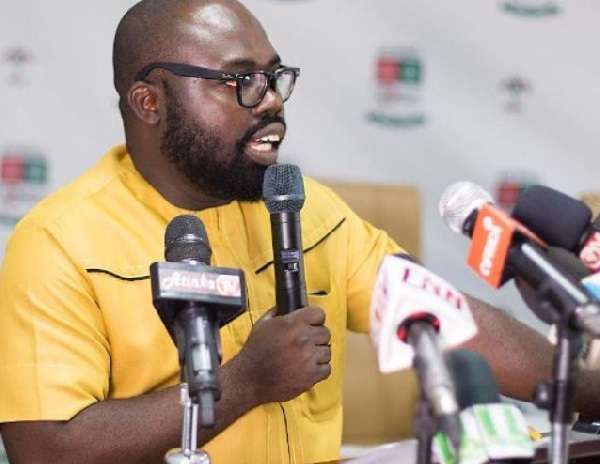 The Deputy General Secretary of the National Democratic Congress (NDC), Peter Otokunor says Ghanaians have weighed his party as well as the New Patriotic Party (NPP) and that will be key in who wins election 2020.

Mr. Otokunor speaking on Citi TV’s The Point of View, said the differences in performance between the current Akufo-Addo administration and the Mahama administration, kicked out of office in 2016, is now clearer for Ghanaians to judge.

He says Mahama has the edge over Akufo-Addo because Ghanaians have now seen the works of both and that will play in favour of the NDC.

READ ALSO: Those saying I will cancel Free SHS are 'bloody' liars - Mahama

“They [Ghanaians] have weighed the two governments…They have realised which of them is heavier and that alone generates some inherent alacrity among the voters. They have seen the level of infrastructural development and growth, the levels of economic stability that they enjoyed from the Mahama administration,” he said.

He also added that Mahama being a former President will be key in him securing victory as his works speak for themselves.

“If we have a former president contesting the election, the dynamics are going to be different,” Mr. Otokunor insisted on the show.

Mr. Mahama was the first incumbent to lose an election in Ghana’s electoral history.

His return as the NDC flagbearer has meant both the NDC and the New Patriotic Party will be presenting candidates who have been Presidents before as President Akufo-Addo will be seeking a second term.

Mr. Otokunor also said the controversies around voter suppression have energised residents in areas perceived to be targeted by the state because they are NDC strongholds.

He said this was evident in the encouraging number of voters registered in NDC strongholds.

“They wanted to show the government that the sovereignty of the state lies in them and that nobody can define their citizenship beyond the constituency.”

Mr. Otokunor also expects a significant improvement on the voter turnout figure of about 69 percent in 2016.

“This year, you are not going to see the usual voter turnout being low with respect to the average,” he predicted.