Election 2020 results will be accepted by all winners and losers in a peaceful manner - Prez. Akufo-Addo 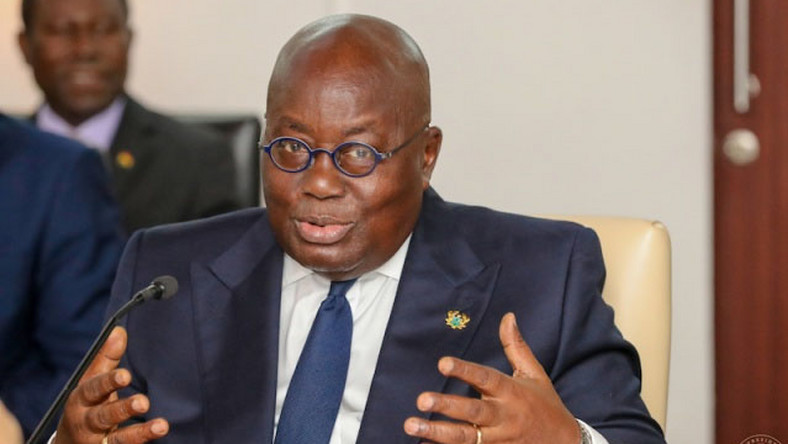 President Akufo-Addo says his government is committed to ensuring election 2020 is held in a peaceful atmosphere.

The President speaking at a meeting with chiefs and elders from the Ziave Traditional area at the Jubilee House said he will do everything within his power to at all times protect Ghanaâ€™s democratic credentials.

â€œI want to assure you that, the government will do whatever it takes to ensure that the forthcoming campaign and elections are conducted in a good atmosphere in the country. Ghana is today, the beacon of democracy on the African continent. This year, I am determined to do whatever I can to consolidate that reputation of a country of peace and stability. The election will be conducted under a good atmosphere and the results accepted by all and sundry -winners and losers alike. We are committed to ensuring a free fair election.â€

The Inspector-General of Police James Oppong Boanuh has also warned groups and persons to scrap any plans of causing havoc during the 2020 General elections.

Ghana over the years has had to deal with vigilante groups during elections as these people often cause chaos at polling stations.

In January last year, Ghana witnessed violence during the Ayawaso by-elections, there were some shooting incidents which led to some persons believed to be NDC supporters sustaining injuries.

This led to President Akufo-Addo setting up the Emile Short Commission to investigate the issue and they came out with certain recommendations.

Subsequently, the Presented assented to the Vigilantism and Related Offences Act, 2019, which bans acts of vigilantism in the country, they are likely to cause chaos again.

Per the new law, â€œa person who directly or indirectly instigates or solicits the activity of a vigilante, facilitates or encourages vigilantism, or conceals a vigilante to avoid lawful arrest, commits an offence, and is liable, on conviction, to a term of imprisonment of not less than ten (10) years and not more than fifteen (15) years.â€

READ ALSO:Â 'We will do everything legally possible to win 2020 elections' - NDC

The two major parties agreed to meet and discuss ways of disbanding vigilante groups, they held several meetings but the NDC refused to signÂ a document on Roadmap and the Code of Conduct put together by the National Peace Council to curb the menace of political vigilantism in the country.