Expunge indemnity clauses ‘that do not serve our interest’ – Rawlings 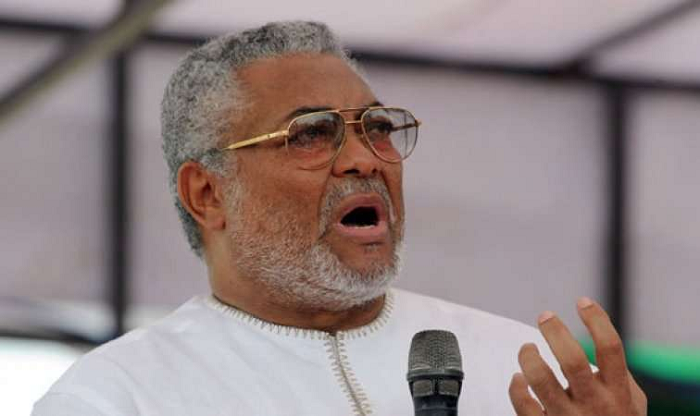 Former President Jerry John Rawlings has called for an urgent review of the nation’s constitution to expunge clauses that protect high-level political actors from prosecution and accountability.

Delivering the keynote address at a parade to mark the 40thanniversary of the June 4 uprising at Nungua on Tuesday, Mr Rawlings said there are too many indemnity clauses that do not serve the national interest in the constitution.

“Over the years the indemnity clauses have emboldened certain characters to abuse their offices and profit themselves. The constitution of the Fourth Republic was created by us, for us and to serve us, and in light of the 25 years, there is an unqualified need to reform or rewrite our current constitution. An urgent constituent assembly ought to be established with the necessary powers to rewrite the constitution.”

Mr Rawlings, for example, described the transitional provisions as problematic clauses saying the indemnity clauses need to be removed to ensure that everyone is equal before the law.

Section 34 of the transitional provisions of the 1992 Constitution indemnifies all coup makers and their functionaries against any liability for acts and omissions committed during their illegitimate administration.

Clause One of Section 34 of the 1992 Constitution states that:

Mr Rawlings also avowed that the key to Ghana’s development is heightened self-discipline in all we do.

“Let us all do a thorough introspection and identify where we fall short because we all do fall short one way or the other,” he urged.

“Our current sense of self-discipline is at its lowest ebb. Citizens do not feel responsible enough to keep their homes and communities clean. Many of us who lament about flooding during the rainy season is very guilty of the indiscretions that lead to the deadly floods. We dump refuse indiscriminately and wonder why drains choke. Some actually see the rains as an opportunity to dump refuse, believing the rainwater will sweep them away. If we continue this level of lawlessness, we are bound to face more serious flood disasters.”

The founder of the NDC entreated all Ghanaians to remember the discipline that characterized June 4th and replicate that everywhere.

He said, “If we do not develop a national character for sustainable good governance, we would have failed this generation and especially generations yet to come. Is that the legacy we wish to bequeath the future?