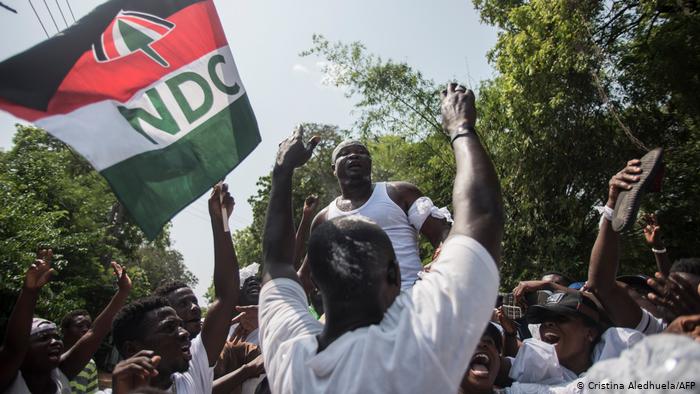 According to him, he resigned from the party in 2016 to prove a point that the party structures at the time were not working and decided to contest as an independent candidate.

He said: â€œI actually returned to my mother party in the build-up to Election 2020 after Mr Isaac Ashai Odamtten, the current Member of Parliament (MP) for Tema East Constituency won the partyâ€™s primaries and sought for my support.

â€œThe MP reminded me that we are both from one mother and father so why were we trying to divide ourselves in the Constituency; we can do it better when we come together,â€ he intimated.

Mr Densu-Tetteh told the Ghana News Agency in an interview at Tema that he had no intentions of contesting in any race like primaries while Mr Odamtten remained as the NDC MP.

â€œI may consider to contest only if the MP, Mr Odamtten decides not to contest for the seat again,â€ he said.

In a related interview, Mr Odamtten, told the GNA that Mr Densu-Tetteh was coopted in the capacity as aide; he has shown commitment to the partyâ€™s cause and had been part of all activities of the party.

He said, â€œIf a party member is ready to serve, you must allow and I am proud of the contributions he is making and I am happy to refer to him as my aide because the reality is he is giving me a lot of assistance.â€

Mr Odamtten noted: â€œI came into the NDC Primaries from the background as a former TMA Metropolitan Chief Executive Officer so I understood a few challenges of the constituency and I didnâ€™t have to be self-concerted to believe that I can do it all so recognizing his track record I approached him and smoked the peace pipe.

â€œI told him in the past if nobody saw your talent, I know what you are made of, and you carry something that can help the cause of the NDC in Tema East.â€

According to Mr Odamtten, his election as MP was won by the people as God brought a lot of people his way to help and was grateful to them for their support in capturing the seat and believed together the constituency would develop.