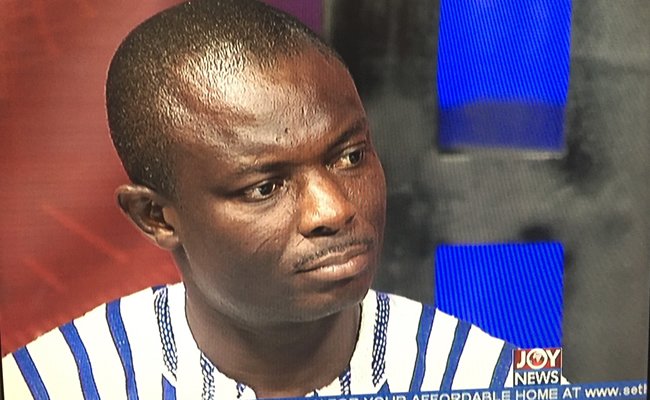 The MP has noted that economic figures put out by the Finance Minister were designed to create an impression that the economy is beginning to turn around.

Each year, President John Mahama has urged Ghanaians to look forward to better days ahead and has also promised to turn the economy around before the next year begins. But for many, these promises are yet to materialize.

At a press conference Tuesday, the Finance Minister stressed economy has made a turnaround and prospects now look brighter.

"The country’s fiscal consolidation is bearing fruits, our gap between revenues and expenditures is narrowing," he said.

“This is the first positive turn we have had since 2005”, the minister waxed confident. He also pointed out to improvements in Ghana’s fiscal balance, inflation, current account balance and GDP growth as signs of progress.

But the Obuasi MP laughed off the announcement by government. Ghanaians are not sharing in government’s confidence, he said.

For him, this is a smokescreen to hide the reality that Ghanaians are not feeling any progress.

Explaining further, he said any significant progress should show through how much it costs businesses to borrow. This cost, known as interest rate, has remained unacceptably high.

"Even the figures are not looking good....the Bank of Ghana in recent times has been raising the policy rate what it means is that lending is going to be more expensive".

He said although government is happy to pat itself on the back, businesses still find it difficult to borrow or expand.

Although Kwaku Kwarteng conceded the cedi has stabilised, he pointed out that this stability is because borrowed dollars have been injected in the economy. Sooner or later, when these borrowed monies would have to be paid back, it will affect the cedi stability.

When you look at the figures it suggests clearly that government is trying to prepare the ground for the elections. It has nothing to do with the economy.

"If you go borrow money to stablise your cedi…you don’t say the economy is turning around" the Obuasi MP said.

Despite dressing the Finance Minister in complimentary language, Kwaku Kwarteng concluded that the economic figures put out were nothing more than propaganda for elections campaign.

"When you look at the figures it suggests clearly that government is trying to prepare the ground for the elections. It has nothing to do with the economy", he rejected government claims.

Kwaku Kwarteng said government has adopted a "lazy" approach to growing the economy by taxing businesses to raise revenue.

"We need to see those bold interventions that make an economy turn around. We are not seeing them.

Suggesting an approach he believes is bold, Kwaku Kwarteng said government should implement its own public sector reform agenda it promised to do two years ago.

According to Kwaku Kwarteng, government targeted 10 state-owned enterprises to take off government subvention. It meant, these companies should be able to make profit without relying on government funds.

But the MP lamented government has not been able to implement its own reform. Even though the target of 10 such companies was later revised to three, government is yet to take these three companies off public funding support, Kwaku Kwarteng indicated.