Ho aerodrome was an afterthought to appease aggrieved Voltarians - Amaliba 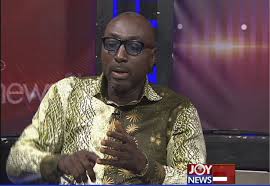 The aerodrome in the Volta Regional capital of Ho was constructed purposely to appease aggrieved voters in the region and entice them to vote for the National Democratic Congress (NDC) in the December 7 polls, a leading member of the NDC, Abraham Amaliba has disclosed.

President John Dramani Mahama, barely four days to the election, commissioned the first phase of the Ho aerodrome project and also cut a sod for the commencement of the second phase.

Addressing a gathering of the chiefs and people of the Asogli State, President Mahama indicated that the aerodrome was about 76% complete and expressed hope that by March 2017, the terminal building would also be completed to make way for commercial flights.

Many wondered the rush in putting together the project and the need to commission it when it had obviously not been completed.

But explaining the reasons for the NDC's resounding defeat to the NPP in the election on Joy FM's Newsfile on Saturday, Mr Amaliba revealed that the government after realising that voters in the region, popularly referred to as the world bank of the party were not pleased with the massive developmental projects the NDC government was undertaking in the Ashanti Region, the stronghold of the New Patriotic Party (NPP) "quickly sent the aerodrome there to try to appease them".

According to him, the party's apathetic supporters in the Volta felt they had been neglected and the "aerodrome proved to be too little too late".

He was, however, optimistic that the NDC could win back many of such supporters since most of them abstained from voting outrightly instead of voting for the NPP.

"That for me is gratifying because it means when we do the right things, we can still get them back", he stated.