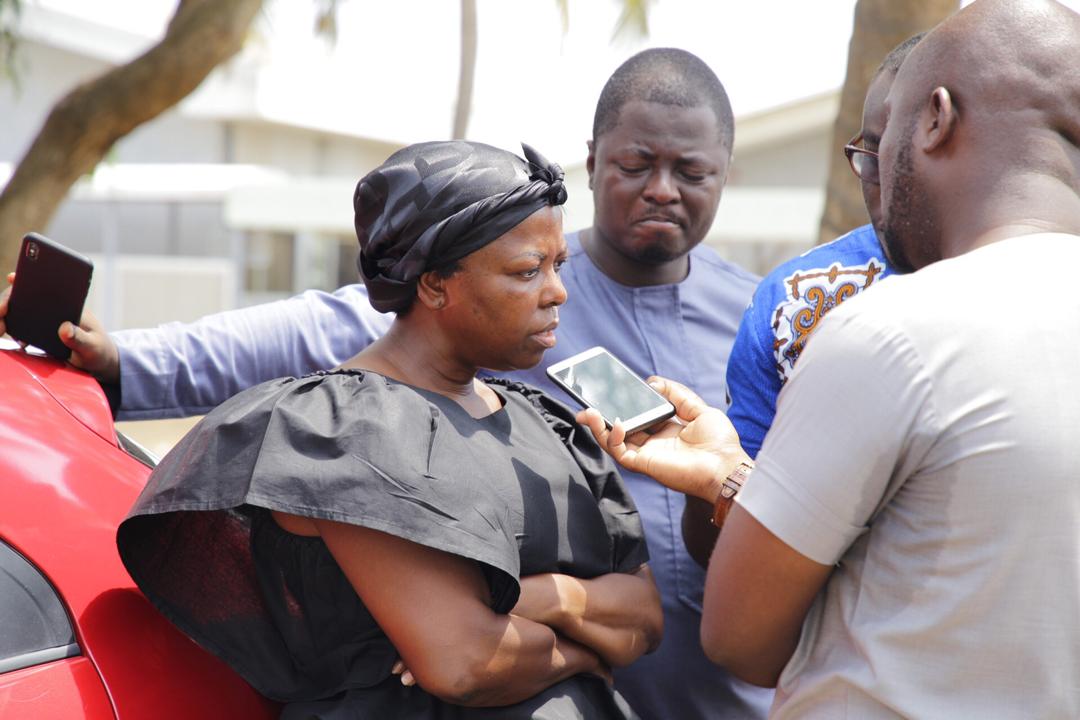 Member of Parliament for Ayawaso West Wuogon constituency, Lydia Seyram Alhassan, says she has forgiven the Minority who has described her as a "bloody widow" during her swearing-in.

In protest of the violence that occurred during the by-election held last week Thursday, January 31 2019, the Minority boycotted her swearing-in at parliament yesterday February 5 2019.

Prior to walking out of the swearing-in ceremony, the Minority waved papers which read “bloody widow,” an action NDC’s Kumbungu MP, Ras Mubarak defended.

According to Ras Mubarak, he insisted that their actions were not offensive saying “I am not sure the sensibility of the person is in any way offended simply because we expressed in English using many adjectives.”

Ayawaso MP, Lydia Alhassan who visited some of the victims who were wounded as a result of the violence recorded that the by-election said she has forgiven the Minority for the slur.

Ayawaso MP said“I don’t know what their interest is but I will say that I have forgiven them and I ask our good Lord to forgive all of them. Time will heal my wounds and time will tell my story.”

Lydia Alhassan was astonished and expressed disappointment in women who partook in the protest on the side of the NDC.

“I am surprised especially the ladies in Parliament who want more ladies to join leadership will do this.”

The Deputy Majority Leader and MP for Dome Kwabenya, Sara Adwoa Safo also described the Minority’s words as ''distasteful” during the swearing-in of Lydia Alhassan.

The MP for Tano North, Freda Prempeh added that “this is something that is too bad for all of us as Ghanaians and I think that Minority should be ashamed, especially the women on the other side.”

The Majority Women’s caucus in Parliament has come out to condemn the action of the Minority MPs and called on them to render an unqualified apology.