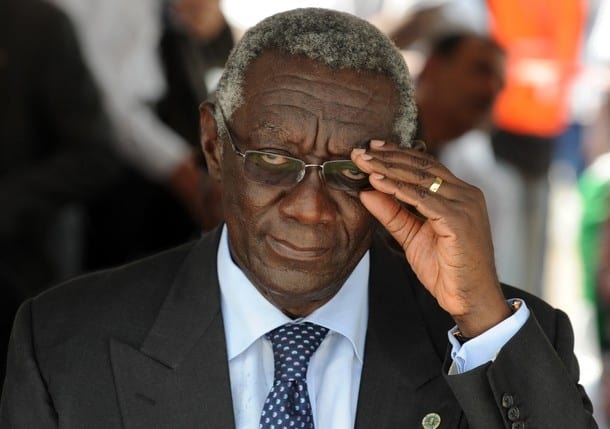 John Agyekum Kufuor says the youth should not see politics as a money-making venture.

The former President who doubles as the Chairman of the Kufuor Foundation says the youth must equip themselves with the necessary knowledge and not think it is a place to milk the public purse.

Speaking at the induction ceremony of 30 scholars recruited for the scholars' programme on leadership and mentoring he charged them to enter politics with the aim of affecting the lives of people positively.

"I have been saying you should not aim at cutting corners to make it, I did not come by money into politics, I was born into privilege. You need to equip yourself so you don't go compromising yourself by taking bribes because you want to do good work in politics. You need not be corrupted, you must know how to live within your means, if you want to pursue politics then don't go in there as an avenue to make money".

The former President earlier this month made a revelation that
he never believed the New Patriotic Party (NPP) would lose the 2008 general elections to the National Democratic Congress (NDC).

Mr Kufuor in the run-up to the 2008 election was succeeded by Akufo-Addo as the NPP flagbearer but was beaten by NDC's John Evans Atta Mills to the presidency.

The 2008 and elections was one of the most keenly contested elections in Ghana.

Turnout on election day December 7 was very high. Since few votes were expected for other candidates than those of the two largest parties, a first-round victory for Akufo-Addo or Mills was seen as possible, but Nduom stated he wished to "surprise" the other parties by gaining enough votes to force a run-off between the two others. With 40% of the vote counted, Akufo-Addo was leading with 49.5% to Mills's 47.6%. While Mills pulled ahead afterwards, Akufo-Addo again led by a slim margin with over 70% of the votes counted.

The second round was rerun on 28 December 2008 but due to logistics problems, the Tain District alone had its run-off election on 2 January 2009 due to problems with distributing ballots. Following the voting on 28 December, Mills led by a slim margin, causing the Election Commission to state it would not announce Mills as the winner until after the election rerun in Tain. Mills was eventually declared the winner.