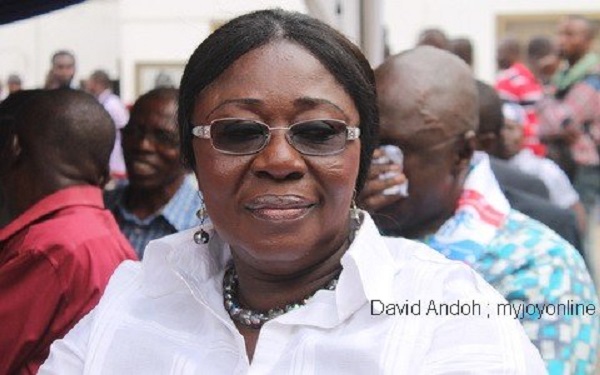 Frema Opare, the newly-appointed chief of staff to President-elect Nana Akufo-Addo, has said that although she is a nice person, she will be “tough” in executing her job.

Speaking at a new conference as soon as Akufo-Addo confirmed her appointment on Wednesday, Opare said she was ready to help the incoming president deliver on his mandate.

“I’m quite tough and people know I like people to respect systems and processes because we need an office that is effective. I’m nice but tough,” she said.

Opare expressed gratitude to Akufo-Addo for the post, saying that she had had the experience of coordinating the president-elect's political affairs for some time now.

She said she would adopt an open and inclusive policy and motivate those who work with her.

"I believe in the principle of using human talents to make sure whatever agenda is being executed is concluded to a successful end,” she added.

Here are the other appointments Akufo-Addo made today.