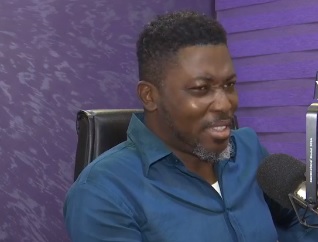 Speaking on StarrChat, A Plus said two months to the elections members of the NPP had a signal that there is a possibility of John Mahama winning the elections.

He stated that a month to the elections it was obvious he was going to win.

"Two months to the election, everybody in the NPP and people in high positions got a certain signal of a high possibility that John Mahama could win the election."

A Plus stated that John Mahama didn't lose the elections.

When asked what shows that John Mahama didn't win, he said there are about six results and there is none of them which shows that he lost the elections.

He noted that there should have been a runoff.

A-Plus said he would have been happy if John Mahama won the election not because he will do something different but rather to teach politicians a lesson that if you do not fight corruption you can be voted out just after a term.

Commenting on the Supreme Court Petition, he said the Judges were not at the various polling stations where the infractions happened and the NDC should have gone there well prepared.

A Plus also said the NPP should learn from this election because despite their freebies which apparently turned out not to be free they struggled to win the elections.