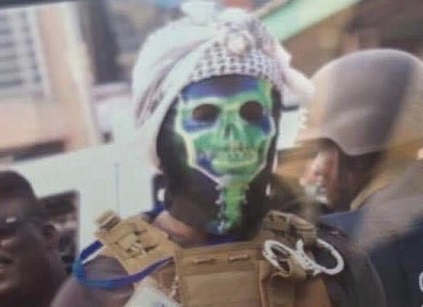 A letter which contains plans by the Upper West Regional Coordinating Council and its Regional Security Liaison to recruit and train New Patriotic Party (NPP) activists for the 2020 election has leaked.

The letter which is addressed to the NPP constituency chairman in the Upper West region said the activists after their training will be known as “Election Security Team".

Their core duty will be to monitor the upcoming limited voter registration exercise and guard ballot boxes during the elections.

The letter is signed by the Regional Security Liaison Officer, Capt. Simon Ansu Tengabo (Rtd), was also copied to the NPP Regional Chairman, Upper West Region, the Regional Minister, Alhassaan Suleman and all Municipal and District Chief Executives in the Upper West region.

“Grateful you submit a list of suitable security oriented party members for training as Election Security Team to closely monitor the 2020 elections starting from the re-opening of the voters register through to the actual elections and up to the declaration of results,” Capt. Tengabo noted.

The list, according to the Regional Liaison Officer must include a leader of the party in the region and 10 others. 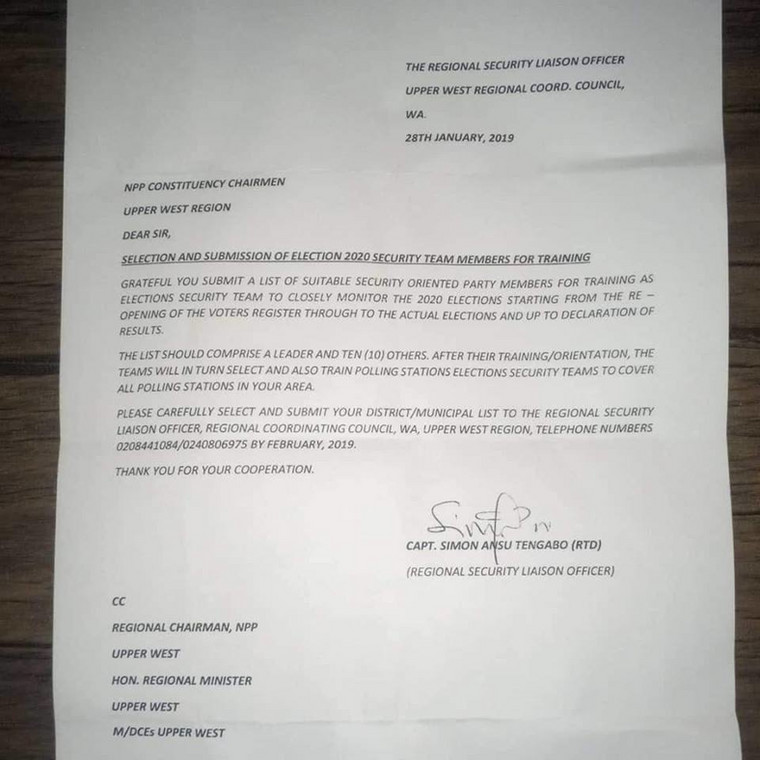 “After their training/orientation, the teams will in turn select and also train polling station Elections Security Team to cover all polling stations in your area.

This development could be as a result of the recent violence which marred the Ayawaso West Wuogon by-election.

The violence led to at least 13 people sustaining injuries and a Commission of Inquiry has been set up to investigate the issue.