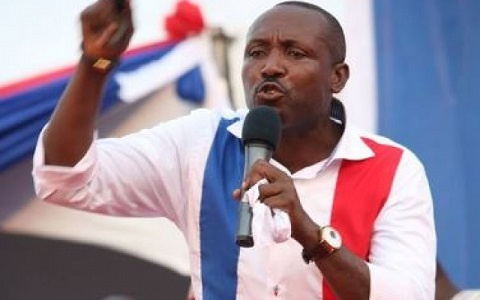 The NPP says they are disappointed with Mahama who after the Supreme Court verdict says he disagrees with the process and ruling.

Reacting to the verdict,Â  Mahama, also stressed his disappointment with the Supreme Courtâ€™s decision not to allow the cross-examination of the EC Chair, Jean Mensa.

"Speaking as a Ghanaian with no legal training, I believe that Jean Mensa's refusal to testify in this election petition leaves a bad precedent for the future. Anyone who followed the proceedings will not be surprised by the ruling. Our legal team led by Tsatsu Tsikata put together our case which left no room for doubt. Much as I am aware we are legally bound by the decisions of the Supreme Court I disagree with the process of the trial and ruling of the court".

The NPP in a statement signed by its General Secretary John Boadu said: "Following the lucid judgment of the Supreme Court, many had expected the petitioner, John Mahama, to emulate the good examples of the petitioner in the 2012 Elections Petition, Nana Addo Dankwa Akufo-Addo, who, even though, disagreed with the judgement of the Supreme Court at the time, ACCEPTED the decision and CONGRATULATED the then President, H.E. John Dramani Mahama, in the interest of the nation."

The NPP is calling on the NDCâ€™s 2020 Presidential Candidate, John Dramani Mahama, to accept the verdict of the Supreme Court on the 2020 Election Petition, as a mark of statesmanship and fidelity to the rule of law, even if he disagrees with the judgment. After two months of hearing the petition filed by John Mahama challenging the validity of the declaration of the results of the 2020 General Elections, the nationâ€™s Apex Court, on Thursday, March 4, 2021, delivered its final judgment dismissing the petition as lacking merit.

Following the lucid judgment of the Supreme Court, many had expected the petitioner, John Mahama, to emulate the good examples of the petitioner in the 2012 Elections Petition, Nana Addo Dankwa Akufo-Addo, who, even though, disagreed with the judgement of the Supreme Court at the time, ACCEPTED the decision and CONGRATULATED the then President, H.E. John Dramani Mahama, in the interest of the nation.

â€œI have called President John Dramani Mahama and I congratulated him on being elected the fourth President of our country. The Supreme Court of our nation has spoken, and the results of the December 2012 presidential elections has been confirmed as having been won by the candidate of the NDC, President Mahama. As I said earlier, whilst I disagree with the courtâ€™s decision, I accept it. I accept that what the court said, brings finality to the election dispute.

We shall not be asking for a review of the verdict so we can all move on in the interest of our nationâ€¦ I am saddened by the verdict and I know that many of our supporters are saddened too. However, for the sake and love of our country, we must embark on a path that builds rather than destroys to deal with our disappointmentsâ€.

This singular act of Nana Addo Dankwa Akufo-Addo did not only reaffirm his longstanding fidelity to the rule of law as a consummate democrat, and to his country and citizens, but also earned him and the country international accolades and plaudits. As indicated, many had expected John Mahama to take advantage of similar situation on March 4, to prove his commitment to democratic tenets, but that never happened, unfortunately.

Instead, John Mahama would rather hold a press conference to unleash invectives and unprovoked attacks on the judiciary and the election management body much to the chagrin of democratic observers and the generality of the Ghanaian people. The gravamen of his attacks on these two important state institutions was that the Supreme Court had shielded the chairperson of the commission from testifying in court.

John Mahama alleges, inter alia, that, the Supreme Court did not give him justice, and that, the Court aided the EC Chairperson â€œto avoid explaining to the good people of Ghana from her own testimony, under oath in a properly constituted court of law, the errors she herself admits to have committed in the declaration of the 2020 Presidential election results.

Whatever the reasons for not allowing Mrs. Jean Mensa to testify or answer any questions, it leaves, it leaves an embarrassing stain, not only on our justice delivery system but also on the nationâ€™s electoral system.

The Supreme Court has given its verdict, but the national debate on the dismal state of our democracy and the increasing weakness of its institutions has only just begun. It is time we all come together to confront those who seek to destroy the very democratic system that brought them into office. It is our patriotic duty to do soâ€.

These harsh words and imputations coming from John Mahama, a former President of the Republic still baffles many, particularly because the Supreme Court, as has been explained, has only stuck to the time-tested principle of the common law practice and for that matter the position of our legal system on civil litigation, that, YOU WIN IN COURT BASED ON THE STRENGTH OF YOUR OWN CASE AND NOT BASED ON THE SUPPOSED WEAKNESSES OF YOUR OPPONENTâ€™S CASE.

Indeed, the nationâ€™s Supreme Court once held that it would be MADNESS to allow a party depend on his opponent in order to prove his case. John Mahama certainly shouldnâ€™t expect the Supreme Court of Ghana to do what it clearly said would amount to madness.

It would also be recalled that John Mahama stated in 2013 that, â€œThe Courts cannot give you what the people have not given youâ€. We agreed with him then, and we still do agree with him today on this profound statement.

Well, John Mahama may have lost an opportunity to repeat the enviable feat achieved by President Akufo-Addo in 2012 and get his name written in the history books of consummate and patriotic democrats, but it is certainly not too late for him to right the wrong. It is not too late for John Mahama to come to terms with his fate and accept the verdict of the nationâ€™s Apex Court even if he disagrees with the judgement.

It is not too late for John Mahama to call H.E. President Nana Addo Dankwa Akufo-Addo, whose emphatic 2020 election victory has been affirmed by the Supreme Court, to congratulate him. It is on account of this that the NPP is calling on the former President, John Dramani Mahama, to do the needful in the collective interest of our nation.

Finally, the NPP wishes to use this opportunity to once again congratulate H.E. Nana Addo Dankwa Akufo-Addo, whose emphatic re-election victory as the winner of the 2020 polls, has been unanimously confirmed by the Supreme Court verdict, as a true and accurate reflection of the sovereign will of the Ghanaian people.

The party is once again thankful to the members of the 2nd Respondentâ€™s legal team led by the venerable Akoto Ampaw Esq., Frank Davies Esq., Kwaku Asirifi Esq., and Yaw Oppong Esq., as well as their supporting staff. Equally, the NPP is grateful to the bench and its staff, the media, the security agencies, party supporters and indeed all persons who have played diverse roles towards the attainment of this feat, which has further strengthened the countryâ€™s democratic credentials.