Mahama going into farming after Jan 7 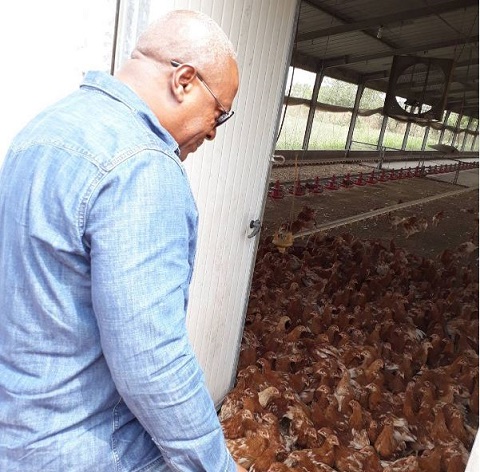 President John Dramani Mahama is set to go into large scale farming after he hands over power to the President-elect, Nana Akufo-Addo on January 7, 2017.

This is according to some pictures posted on the Instagram page of publisher of the Ovation Magazine, Chief Dele Momodou on Tuesday.

The Nigerian, a known friend of President Mahama spent the New Year as his guest and was taken on a tour of his farm and Chief Momodu posted some pictures of the private visit on his page tagging them #Mahamaretiresintofarming.

President Mahama who suffered a heavy defeat at the hands of the opposition New Patriotic Party's (NPP) Nana Akufo-Addo in last month's general elections has said he would be taking a break from mainstream politics and it looks like farming would be his immediate preoccupation.

Below are some of the photos:

Responding to the development on Momodu’s Instagram page, followers have decried Mahama’s retirement, saying that they expect to see him again in 2020 to come and continue the good works he is known for.