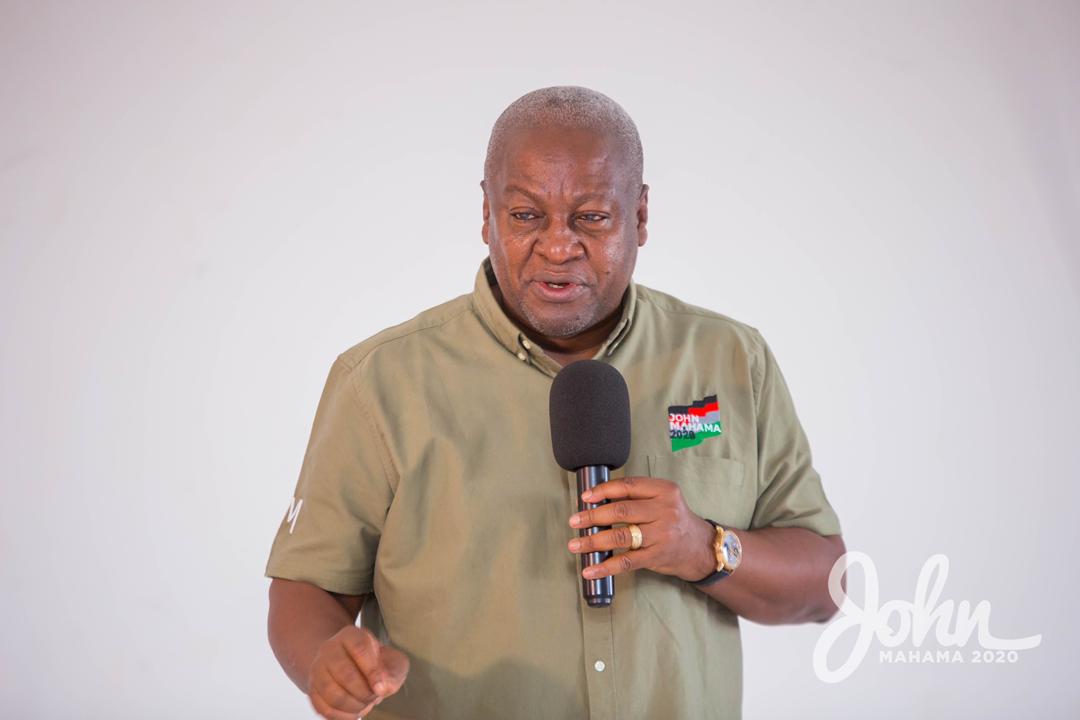 Former President John Mahama says he will grant Galamsey operators and labourers who have been sentenced by the Akufo-Addo government amnesty if he wins the elections.

The former President says these illegal miners, popularly referred to as ‘galamseyers’ would be granted amnesty so they can return to their families and take up decent work.

Speaking at Adum Banso of the Mpohor Constituency in the Western Region, to kickstart day four (4) of his campaign tour to the Region, Mr Mahama stated that it is ridiculous to have a foreigner engaged in the same illegal activity, released without any prosecution or fine but sentence “our very own people to these consequences.”

He said he will get them back to the fields to work in a more controlled environment as captured in the NDC’s manifesto.

“It’s sad. The government said it was fighting galamsey and they arrested, prosecuted, and jailed Ghanaians who were engaged in that activity but left the Chinese woman.”

“Today, they are still in prison. That Chinese galamsey-queen was arrested but left to go free. She was never prosecuted but our people are in jail suffering. “When we come, we shall grant all those arrested and jailed some amnesty."

"They will come back to their homes and work. I believe that they have suffered enough, shown remorse for whatever wrong they committed. We have instituted measures to check on the operations of small scale mining and this shall address all those issues that riddled the sector in years past,” Mr. Mahama clarified.