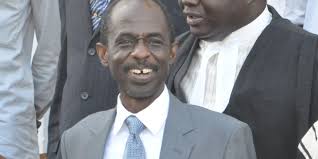 Former President John Mahama will only move out of his official residence if President Akufo-Addo is ready to stay there, General Secretary of the opposition National Democratic Congress (NDC) has stated.

He decided to use the same residence even after becoming the president in 2013 and requested to use it as his retirement home before the dissolution of the Sixth Parliament after losing the December 2016 elections though the Professor Dora Edu-Boandoh committee had suggested he be given 40 percent of his salary as rent for a new home.

After reports surfaced that his decision had left Vice President Dr Mahamudu Bawumia "stranded”, his office cited an agreement between them and the new government's transition team for him to keep the house.

But speaking on Asempa FM's Ekosii Sen on Tuesday, the NDC General Secretary said Mr Mahama would only move out of the for President Akufo-Addo and not his Vice, Dr Bawumia.

According to him, it will be inappropriate for a former president to move out for  a vice president to take over.

Moreover, he added, Dr. Bawumia cannot be said to be stranded when the former vice president, Paa Kwesi Amissah Arthur had moved from his residence, the Australia House,

“If Akufo-Addo wants to live in that house, President Mahama will move but Dr. Bawumia has a place of residence because Amissah Arthur has moved” he stressed.