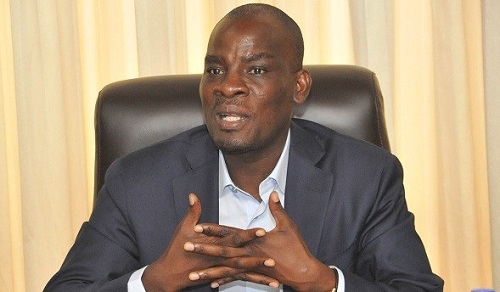 The minority in Parliament has served notice they will boycott the vetting of Chief Justice nominee, Anin-Yeboah.

A statement from the office of the minority leader said minority takes a view that the public parliamentary vetting of the nominee for the high office of Chief Justice is such an important event in our national life and should not to be rushed through and done in a partisan and one-sided manner.

"The present politicisation of the discussion of the scheduling and the impression created that the nominee lacks political support from the other side of the house is most unfortunate and does a great disservice to the nominee."

Chairman of the Appointment Committee Joe Osei Owusu is proposing the nominee be vetted before December 21.

Minority Chief Whip Muntaka Mubarak is accusing the Majority of rushing the process of the Chief Justice nominee's approval.

READ ALSO :  'Justice for all' to be decentralized from January 2020 - Chief Justice discloses

Extracts from the minority leaders statement below : 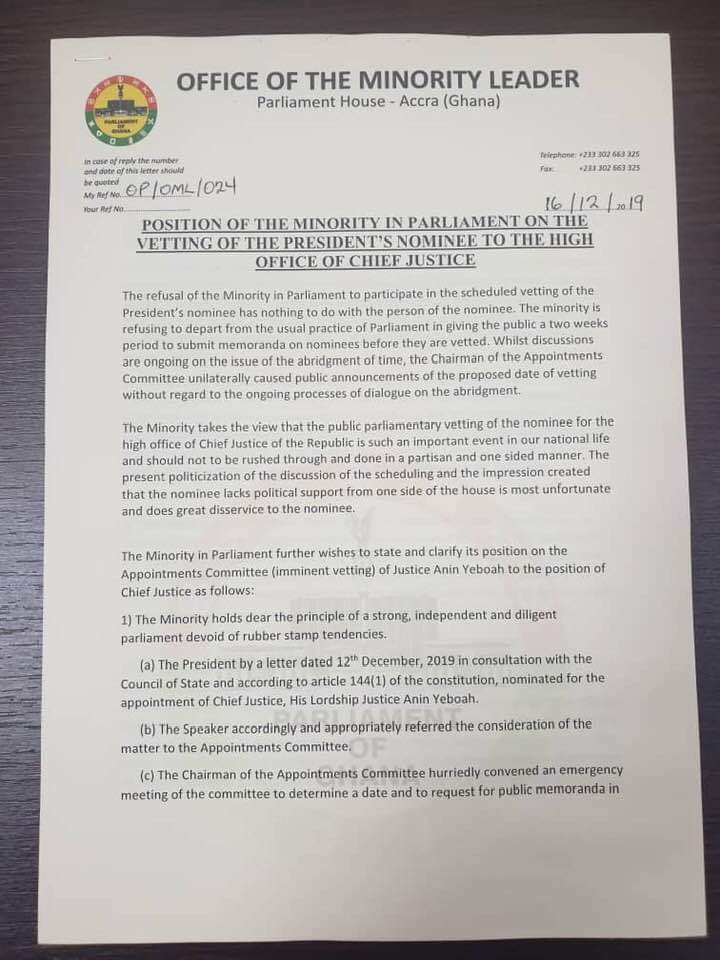 First Deputy Speaker, Joseph Osei Owusu has on the floor of the House today referred the letter to the Appointments Committee of the House.

If approved, Justice Anin-Yeboah, who is the fourth longest-serving Justice of the Supreme Court, will succeed Justice Sophia Abena Boafoa Akuffo, who retires on December 20, 2019.

Justice Anin-Yeboah, a well-seasoned law enforcer, was appointed to the Supreme Court by former President John Agyekum Kuffuor in June 2008.

In addition, he is a part-time lecturer in Civil Procedure and the Ghana Legal System at the Ghana School of Law.

Apart from being a Supreme Court Justice, Justice Anin Yeboah is also a part-time lecturer in Civil Procedure and the Ghana Legal System at the Ghana School of Law.

Justice Anin Yeboah’s name is also associated with football. In May 2017, he was appointed the Chairman of the Disciplinary Committee of the Federation of International Football Associations (FIFA).

He also served as the Chairman of the Appeal’s Committee of the Ghana Football Association from 2004 to 2008.