Minority demands answers from Ministers for Works and Housing, Finance and Roads and Highways over recent floods 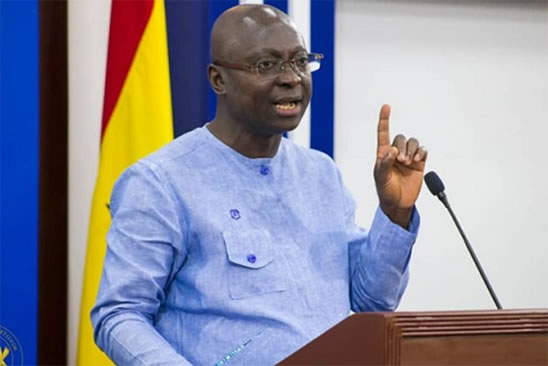 The Minority in led by Haruna Iddrisu is calling on the Minister for Works and Housing, Finance and Roads and Highways to appear before parliament.

The Minority believes that these three Ministers Samuel Atta Akyea (Works and Housing), Ken Ofori-Atta (Finance) and Kwasi Amoako-Atta (Roads and Highways) should appear before the House and announce steps been taken to ensure that they curb the flooding issues in the country.

The Minority says lives are being lost and the Meteorological department have announced that there would be more rains in the coming days.

They also want to know why the Finance Ministry has delayed in releasing budgetary allocation to the Ministry of Works and Housing.

Over the years Ghana has been battling with flooding and this year is no different.

The Ghana Meteorological Agency has predicted more rains in most part of the country in the coming weeks.

The flood last week displaced over 200 people in Eshiem in the Sekondi-Takoradi metropolis of the Western region following 3-day torrential rain.

The Tema Motorway on Monday, October 28, 2019, also flooded after a downpour and that caused huge vehicular traffic.

Today October 30, 2019, residents of Cape Coast have been trapped in their houses as the town is also submerged in flood.

This has halted all commercial activities in the Central Region and forced the University of Cape Coast (UCC) to suspend their lectures.